See You in Court? The Kindle Class Action Lawsuit Against Apple and the Big Publishers Over Agency-Model Price-Fixing: What It’s All About, How You Could Benefit, and How You Can Join the Affected Plaintiff Class 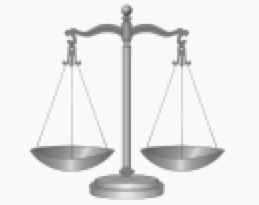 At long last, citizens of Kindle Nation, justice may be at hand!

Attorneys filed a nationwide class-action lawsuit this week that could bring an end to the onerous, collusive, anti-competitive, anti-consumer and illegal  “agency model” price-fixing scheme concocted by Apple and five of the Big Six publishers early in 2010.

The agency model scheme raised retail ebook prices for new releases and bestsellers from the $9.99 standard that Amazon had established in November 2007 with the launch of the Kindle and set new mandatory retail prices between $11.99 and $14.99.

The opening salvo in the lawsuit is a 42-page complaint filed in the U.S. District Court for the Northern District of California by Jeff Friedman, Shana Scarlett, and Steve Berman of the firm Hagens Berman Sobol Shapiro LLP. The initial named plaintiffs in the lawsuit are two customers named Anthony Petru and Marcus Mathis, “individually and on behalf of all others similarly situated” … but they could be joined, very soon, by you and me.

If the case is successful, Kindle Nation citizens and others could be eligible to receive partial refunds for ebooks that they have bought at prices higher than the original $9.99 Kindle Store standard for bestsellers and new releases. Such restitution payments — and possible additional amounts in damage — would of course come out of the pockets or corporate coffers of Apple and the aforementioned publishers.

The court filing seeks important substantial remedies on behalf of all members of the class:

Individuals who believe they have been affected by the price-fixing scheme can apply to become plaintiffs and to join the class action on the Hagens Berman website at http://bit.ly/FIGHT-EBOOK-PRICE-FIXING.

The filing describes a chain of events that is well known to many Kindle Nation readers. After the launch and initial success of the Kindle, “faced with disruptive eBook technology that threatened their inefficient and antiquated business model, several major book publishers, working with Apple Inc. (“Apple”), decided free market competition should not be allowed to work – together they coordinated their activities to fight back in an effort to restrain trade and retard innovation.  The largest book publishers and Apple were successful.”

The big publishers had wanted to slow down the growth of the Kindle and Kindle book sales and raise ebook prices, but feared the loss of sales that would ensue if they insisted individually that prices be raised. They “solved this problem through coordinating between themselves (and Apple) to force Amazon to abandon its pro-consumer pricing.  The Publisher Defendants worked together to force the eBook sales model to be entirely restructured.  The purpose and effect of this restructuring was to halt the discounting of eBook prices and uniformly raise prices on all first release fiction and nonfiction published by these Publisher Defendants. Under the Publisher Defendants’ new pricing model, known as the “Agency model”, the Publisher Defendants have restrained trade by coordinating their pricing to directly set retail prices higher than had existed in the previously competitive market,” the complaint alleges.

Why did Apple participate in the alleged conspiracy? The complaint alleges that Apple believed that it needed to neutralize the Kindle when it entered the e-book market with its own e-reader, the iPad, and feared that one day the Kindle might challenge the iPad by digitally distributing other media like music and movies. That day is coming very soon, of course, with the anticipated launch of the Kindle Tablet.

The complaint notes that Apple CEO Steve Jobs foreshadowed the simultaneous switch to agency pricing and the demise of discount pricing in an interview with The Wall Street Journal’s Walt Mossberg in early 2010. In the interview, he was asked why consumers would buy books through Apple at $14.99 while Amazon was selling the same book for $9.99. “The prices will be the same,” he stated.

When I spoke earlier this week with attorney Friedman, he agreed with Kindle Nation’s assessment that Jobs’ comment amounts to, at least, a circumstantial “smoking gun” with respect to the collusive behavior by the defendant companies.

The lawsuit claims Apple and the publishers are in violation of a variety of federal and state antitrust laws, the Sherman Act, the Cartwright Act and the Unfair Competition Act.

The named plaintiffs, Anthony Petru, a resident of Oakland, California, and Marcus Mathis, a resident of Natchez, Mississippi, each purchased a least one e-book at a price above $9.99 after the adoption of the agency pricing model.

Once approved, the lawsuit would represent any purchaser of an e-book published by a major publisher after the adoption of the agency model by that publisher. Friedman told Kindle Nation this week that the usual timetable for such cases can run from two to four years.