“A beautifully written story about immigrants and their families that will touch all your emotions. The story centers on Sandy, a would be filmmaker and her life in Washington, DC and her life in El Salvador after the death of her parents. It also covers her family and friends and their stories. Complex but very readable and I honestly could not put this book down. It will leave you thinking… ” 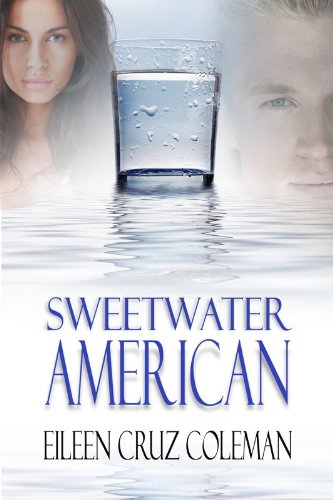 Set in Washington, D.C. and El Salvador Sweetwater American is the story of an orphan and would-be filmmaker who is sent to live in a cursed town in El Salvador with her godmother, a woman whom she has never met and who may hold the secret to breaking the town’s curse: no babies have been born alive in five years.

Through the eyes of Sandy Rodriguez and Elena Martinez, the two main characters, we are led into a different, haunting and magical world, where people test their faith every day and hold true to what they believe: that hardship and darkness can be overcome if one finds a reason to live.

While living in El Salvador, after a film crew comes to her town to film a movie, Sandy realizes she wants to be a documentary filmmaker.  When she returns to the States, she attends George Washington University where she meets, Elena, a sixty-something-year-old woman who serves peas and mashed potatoes in one of the school’s cafeterias.

Sandy, intrigued by Elena, decides to ask her if she would be willing to share her life story with her. Elena, whose past still haunts her, agrees to tell Sandy her story.

During the interview, Sandy is forced to come to terms with her own past and she begins to understand what the term, Sweetwater American, really means.

Sweetwater American is a story that is filled with tears, hardships, love and the desperate determination to survive.

Eileen Cruz Coleman was born in Washington, D.C. She is a graduate of the University of Maryland with a degree in European History. Her short stories have appeared in numerous literary journals both online and in print. She lives in Maryland with her husband and two children.
UK CUSTOMERS: Click on the title below to download
Sweetwater American
(This is a sponsored post.)