Somewhere My Lass (Somewhere In Time) 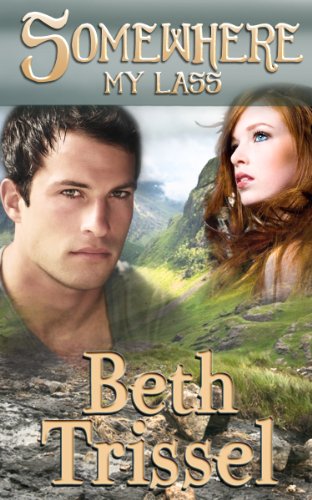 4.4 stars – 41 Reviews
Kindle Price: 99 cents
Or currently FREE for Amazon Prime Members Via the Kindle Lending Library
Text-to-Speech and Lending: Enabled
Don’t have a Kindle? Get yours here.
Here’s the set-up:

Will Mora and Neil be too late to save a love that began centuries before?

‘‘The MacDonald comes’ warns Mora Campbell when Neil MacKenzie finds the young Scotswoman lying unconscious at the top of his stairs after he discovers his murdered housekeeper slumped at the bottom. Mora’s claim that she’s his fiancé from 1602 and was chased to the future by clan chieftain, Red MacDonald, through ‘the door to nowhere’ seems utter nonsense. Neil thinks she’s addled from the blow to her head until his life spirals into chaos and the avenging Highlander shows up wanting blood. Mora knows the Neil of the future is truly her beloved Niall who disappeared from the past, but he must also remember. And fast.

Although Niall’s kinsmen believe he’s dead, and Mora is now destined to marry his brother, she’s convinced that if she and Neil return to the past, all will be right. The balance of the present and future are in peril if she marries another, and the Neil of the present will cease to exist. The only problem is how to get back to 1602. An ancient relic, the ultimate geek friend, and a little Celtic magic help pave the way back to the enormous challenge that awaits them. If they’re in time.

Reviews
“Mrs. Trissel masterfully blended the past and the present in order to create a lovely romance that spans centuries.” ~Long and Short Reviews

“Somewhere My Lass presents a convoluted time-twisting conundrum which becomes more intriguing as it goes along. I found the romance of it touching, the enigma baffling, and the resolution unexpected.” ~joysann, Publisher’s Weekly

4.7 Stars on 26 Straight Rave Reviews for