The era of the Tudors was one of danger, intrigue, conspiracy, and, above all, spies…
Go back in time with The Tudor Secret (The Elizabeth I Spymaster Chronicles) by C. W. Gortner

The Tudor Secret (The Elizabeth I Spymaster Chronicles) 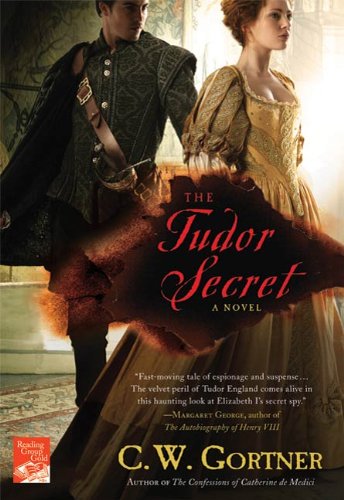 The era of the Tudors was one of danger, intrigue, conspiracy, and, above all, spies.

Summer 1553: A time of danger and deceit. Brendan Prescott, an orphan, is reared in the household of the powerful Dudley family. Brought to court, Prescott finds himself sent on an illicit mission to the king’s brilliant but enigmatic sister, Princess Elizabeth. But Brendan is soon compelled to work as a double agent by Elizabeth’s protector, William Cecil, who promises in exchange to help him unravel the secret of his own mysterious past.

A dark plot swirls around Elizabeth’s quest to unravel the truth about the ominous disappearance of her seriously ill brother, King Edward VI. With only a bold stable boy and an audacious lady-in-waiting at his side, Brendan plunges into a ruthless gambit of half-truths, lies, and murder. Filled with the intrigue and pageantry of Tudor England, The Tudor Secret is the first book in The Elizabeth I Spymaster Chronicles.

“… This novel has a fast pace and a thrilling plot that will keep you turning pages as fast as you can.”

“Exciting and action-packed, “The Tudor Secret” is a spy novel rich in detail. There are tons of twists and turns in the plot (many of which are predictable if you’re familiar with history of the time period) that kept me turning the pages, eager to see what happened next. It’s a great, entertaining book for fans of historical fiction.”
About the author

C.W. Gortner holds an MFA in Writing with an emphasis on Renaissance Studies from the New College of California. In his extensive travels to research his books, he has experienced life in a Spanish castle and danced a galliard in a Tudor great hall. Half-Spanish by birth, he lives in Northern California. His novels have been translated in 20 countries to date.