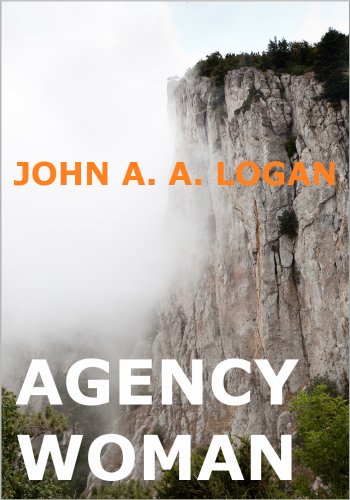 A lost, wandering and damaged man finds himself drafted back into the world he thought he had escaped, when the local branch of a powerful, international Agency needs a mysterious job done in the remote Highlands of Scotland.

The new companion who leads him out of disaffected early retirement is a seductive, young, novice female agent, but could there really be far more to her than there at first seems?

They find themselves in a world of natural beauty, mountain and beach, which they will only contaminate with extraordinary rendition, abduction, bloodshed and torture.

The modern bureaucratic world of paperwork and subcontracting will mean that no-one actually knows which government or country is behind the operation, but one man will soon remember why he left Agency work like this and why he hates it so much, even though it may really be love that has dragged him back into it all.

A dark, Scottish tale of conspiracy, espionage, murder and terrorism, with an existential edge, and the spirit of an ancient mountain looming at its centre.

“The specific character of despair is precisely this: it is unaware of being despair.”  – Soren Kierkegaard

“With Agency Woman, Logan delivers a tense and dramatic psychological thriller whilst further developing his customary literary edge. His gifts for characterization and language continue to grow, and here are married to a complex plot that keeps the reader gripped. Logan achieves a skilful juxtaposition of genres, to produce this bold statement which will captivate readers.” – 5 Star Amazon Review
About The Author
John A. A. Logan is also the author of Storm Damage, and The Survival of Thomas Ford, an Amazon bestseller with over 125,000 downloads, and the winner of a Special Award in the eFestival of Words Best of the Independent eBooks Awards 2012.
(This is a sponsored post.)