Start saving money today with our FREE daily newsletter packed with the best FREE and bargain Kindle book deals. We will never share your email address!
Sign Up Now!
The Apothecary’s Daughter

Talk of the Town

“We are in discussions with Amazon on how best to resolve our differences. They are now, have been, and I suspect always will be one of our most valued customers.” 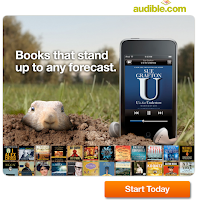 I received this email overnight entitled, “Steve, Stock up on Audiobooks for Less,” and it got me thinking, which is always dangerous.

Yesterday, as Kindle Nation and others were fanning the flames of consumer revolt against the inside-dealing, self-dealing, double-dealing, dealing-with-the-devil tactics of Steve Jobs, Apple, and the big publishers who are conspiring to send ebook prices into turmoil, Amazon took what seemed in the moment to be a surprisingly meek move: it apparently threw in the towel with an announcement on one of its own community forum pages that “ultimately … we will have to capitulate and accept Macmillan’s terms.”

Then I received that email from Audible.com, which is owned by Amazon, showing me a picture of an iPod Touch and urging me to buy a ton of audiobooks and listen to them on my iPod Touch

. That’s an Apple device, by the way. I don’t happen to own an iPod Touch myself, although I have given them as gifts to my son, one of my daughters, and my girlfriend. I do have an Audible.com account, and in most cases I listen to the associated audiobooks on my Kindle. In about three months I’ll be getting a 3G iPad, now that I am persuaded that the iPad will run the Kindle App, Skype, and my blogging service. I own a little Amazon stock, and my best friend owns a little Amazon stock and a little Apple stock. Not enough in either case that it would ever affect what I write in Kindle Nation, but enough so that I occasionally think about what Amazon does not only from a Kindle owner’s perspective but also from a shareholder’s perspective. Since I make limited use of my cellphone, I’ll probably cancel my month-to-month Verizon wireless account in favor of using Skype on board that iPad, although my sister works for Verizon, and the savings will pay the wireless costs for the iPad. Perhaps I won’t mention this to my sister when we have dinner next week. I’ll continue buying a lot of Kindle books and subscribe to Kindle blogs, newspapers, and magazines, and I will probably even buy books published by MacMillan, although I will not spend over $9.99 for them unless they involve a clear case of some expensive technical or professional book for which the dead-tree edition would be priced at least 20% above the Kindle edition price. I will even continue, occasionally, to buy a paperback or hardcover from MacMillan or other publishers. I have nothing against paperbacks or hardcovers now and then, and I was even charmed recently that one of Japan’s largest business publishers contacted me through an agent and offered me a nice sum for paperback Japanese translation rights to my Kindle guide

. I’m just glad the publisher in question isn’t part of MacMillan’s global publishing empire, because that would be just too confusing.

It’s just that all of this is very confusing and entangled. And if it’s confusing for me, can you imagine what it’s like for Jeff Bezos? However much he and his Kindle team might like to take names and kick ass in these battles over ebook pricing, it’s certainly reasonable for Amazon’s shareholders to expect the company to play nice with its vendors and even with those competitors, such as Apple, with whom it is involved in various strategic or de facto partnerships (what I mean here, for instance, is that the availability of the Kindle App on the iPhone, iPod Touch, iPad, and Mac are extremely beneficial for Amazon, just as it is also extremely beneficial to Amazon to be an authorized reseller of most of these devices in the Apple-branded store at Amazon.com.

So, yes, I was disappointed to read Amazon’s apparent capitulation yesterday. When I read the last line where Amazon said “Kindle is a business for Amazon, and it is also a mission,” I wondered if it have been more transparent to change a few words so that it read “Kindle may be a mission for Amazon, but at the end of the day it’s all just business.”

Maybe that’s fair, but maybe not. It is clear to me that Amazon is treading carefully here, and setting things up for future strategic steps.

Amazon might be in a better position to charge some of the other players with price-fixing and anti-competitive collusion, after all, if it takes a step back (as it has just done) and lets things develop a bit: 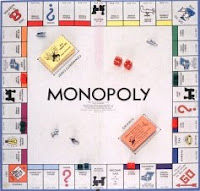 Perhaps I am working too hard at harvesting inferences from Amazon’s statement yesterday, but given what I have already said about treading carefully here, I have to think Amazon chose its words — especially its use of the word “monopoly” — very carefully. Corporations seldom throw such words around without consulting with their in-house counsel.

Such consultatons, or any related communications that Amazon or its barristers might be holding these days with representatives of, say, the Federal Trade Commission, might properly revolve around some fairly simple questions:

Perhaps Amazon will rely on market forces to sort these issues out over time, or perhaps it will seek the intervention either of the courts or of regulatory agencies. Amazon may also be reticent to engage ebook pricing issues in a courtroom if it feels that some of its own strategies may be vulnerable to judicial or regulatory scrutiny, given the claim by some publishers that the Kindle Store currently has an effective monopoly with respect to ebook content, with 90 per cent market share.

But to the extent that either the Big Six publishers (Random House, Hachette, HarperCollins, Macmillan, Penguin and Simon & Schuster) or their authors believe that they will somehow protect themselves from Amazon by lying down with Steve Jobs and Apple, an old caveat comes to mind: “Be careful what you wish for.”

For starters, don’t underestimate the market power of Kindle Nation’s citizens. Neither Kindle owners nor iPad/iPhone/iPod Touch owners nor those who have both are stupid, thank you very much. Price points matter enormously in influencing sales velocity. The same downward pressures that we have all seen on Kindle ebook prices and for that matter on discounted hardcover prices have also been a powerful force in Apple’s Apps store. If you are thinking that Steve Jobs’ 125 million i-customers are suddenly going to start springing for $14.99 ebooks, well, that’s just silly.

Publishers would be wise to spend a little time going to school on the rise and fall of the music industry as chronicled in Steve Knopper‘s Appetite for Self-Destruction: The Spectacular Crash of the Record Industry in the Digital Age