Generally I think of Kindle Nation citizens as being reasonably well-informed about what is going on in the world of ebooks, and all the more so when they are also authors. So I was a little taken aback when I received this email today from Kindle Nation citizen and author Tom:

Steve,
This article is interesting.  The best thing for us small fry authors would be if Amazon would relent on their 65% take of sales and fall in line with the reported 30% take that Apple plans.  Do you know if Amazon has any plans to reduce its commission?

Well, not to put to fine a point on this, Tom, but someone hasn’t been paying attention!

Actually, I think it is pretty easy to lose the thread of what’s been going on, especially when the mainstream news media often seems to display the attention span of an heavily caffeinated third-grader in its coverage of these issues.

Actually, Amazon announced back on January 20, before there was any public coverage or attention paid to the Apple’s royalty plans, that it would soon begin paying a direct 70 percent royalty to “us small fry authors.” The story and its implications for authors, publishers, and readers was covered in detail in these two Kindle Nation Daily posts from January 20:

And here are a few more recent posts on this business, for those who want to follow along at home:

©Kindle Nation Daily 2010
By Steve Windwalker
April 1, 2010
I met an old friend for a couple of beers at the Legal Test Kitchen in Boston’s Seaport on the edge of Southie last night, and we spent some time talking about the Kindle.
Jim received a Kindle DX with Global Wireless for Christmas and he was a bit skeptical at first, but he says he’s a believer now. Not only did it help get him through his recent knee rehab, but it came up big on the two-week trip that he took with his family to China recently. He read two entire books on the flight over and arrived in the land of 1.3 billion people far more knowledgeable about his destination than when he left Boston.
He brought some reading with him on the Kindle, of course, but he didn’t mind paying the extra wireless download fee of $1.99 each time to add other books along the way. And even though Amazon is not shipping Kindles to China at the current time, Jim found that the Whispernet worked like a charm in numerous locations across China.
You might expect that in Shanghai or Beijing, but here’s the piece that I found astonishing.
At some point during the trip Jim and his family were in the mountains in a rural area along the Tibetan border, and he was engaged in a conversation with his 20-something Chinese guide about reading and censorship. The guide was telling him about a book that he wanted to read, Wild Swans: Three Daughters of China

, but the Chinese government had banned it, which is not a total shocker given Amazon’s review:
In Wild Swans Jung Chang recounts the evocative, unsettling, and insistently gripping story of how three generations of women in her family fared in the political maelstrom of China during the 20th century. Chang’s grandmother was a warlord’s concubine. Her gently raised mother struggled with hardships in the early days of Mao’s revolution and rose, like her husband, to a prominent position in the Communist Party before being denounced during the Cultural Revolution. Chang herself marched, worked, and breathed for Mao until doubt crept in over the excesses of his policies and purges. Born just a few decades apart, their lives overlap with the end of the warlords’ regime and overthrow of the Japanese occupation, violent struggles between the Kuomintang and the Communists to carve up China, and, most poignant for the author, the vicious cycle of purges orchestrated by Chairman Mao that discredited and crushed millions of people, including her parents.
Most people in China can’t get that book any more than they can do a Google search for information about Tienanmen Square.  But Jim decided to put his Kindle DX to the test.
He typed the title of the book onto his Kindle keyboard, used the 5-way to select “search store” to the right of the search field, clicked on the “buy” button, and Wild Swans: Three Daughters of China

was on his Kindle in, you guessed it, less than 60 seconds. 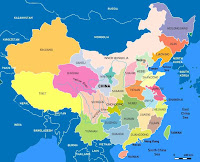 I will leave you to draw your own conclusions about the potential power that the Kindle could have in China, or about forces may have conspired to make the Kindle unavailable in China. It’s available in Taiwan and Hong Kong and Viet Nam, and apparently it is not a problem for a U.S. citizen to carry a Kindle into China. At other times during our conversation Jim spoke vividly about how the economic changes fostered by the Chinese government have helped to lift 400 million people out of poverty during the past couple of decades, and it seems at least a bit ironic that some of this economic power now and in the future is or will be tied to the development and production of new technologies like the Kindle and the iPad. I learned this week from UPS worldwide tracking information that my iPad, like thousands of other iPads, is in fact on the way here from Shenzen, China, and of course there were stories this week about a “gray market” for Kindles in some Chinese cities.
So Kindles are traveling to China, Kindles are being sold in China, Kindles are connecting to the Whispernet in China, and Kindle Killers are being shipped here from China. It was clear to Jim that for the vast majority of Chinese people, the human rights issues for which Westerners point fingers at the Chinese government are far, far less important than the sweep of economic change and its effect on the quality of life for hundreds of millions of Chinese.
But the Kindles? They may have minds of their own.
©Kindle Nation Daily 2010
It’s already time to add four new books to our earlier Kindle Nation Free Book Alert!

Related post: Kindle Nation Daily Free Book Alert for Thursday, April 1, 2010: A Month Worth of “Grace Notes” from Spiritual Writer Philip Yancey, and Over 50 Others

One Night in Boston by Allie Boniface

Healing for a Broken World: Christian Perspectives on Public Policy by Steve Monsma

Do you know where your Kindle Store prices are?

We do, and there may be a few surprised faces when we share what we have. Long story short: Prices are pretty much the same as they were a few weeks ago, but there have been tiny declines in the percentage of books at the price points to which Apple, the Apple 5 publishers, and the agency model were supposedly driving ebook prices:

Meanwhile, (almost) everybody’s favorite tech critic, the New York Times’ David Pogue, has this to say about the iPad as an ebook reader:

There’s an e-book reader app, but it’s not going to rescue the newspaper and book industries (sorry, media pundits). The selection is puny (60,000 titles for now). You can’t read well in direct sunlight. At 1.5 pounds, the iPad gets heavy in your hand after awhile (the Kindle is 10 ounces). And you can’t read books from the Apple bookstore on any other machine — not even a Mac or iPhone.

And were’s where we stood with about 447,000 Kindle Store titles on February 25: 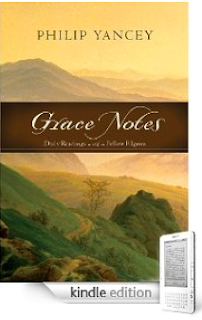 From the Back Cover

‘ ‘There is no writer in the evangelical world that I admire and appreciate more.’ – Billy Graham

Philip Yancey’s words—captured in his many bestselling books—have influenced the lives of millions of readers by strengthening their faith, building their hope, sparking their creativity, and challenging their comfort zones. If you’re one of those readers, you know personally how his insights have affected your mind and heart. And if you’re new to Yancey, you’re in for a life-altering experience. These meditations—all drawn from the beloved and bestselling writings of the author—will take you through an entire year of Yancey’s insight and imagination, covering a broad range of topics:
©Kindle Nation Daily 2010
Search