For seventeen years, before his thrillers landed him on The New York Times Bestseller list, Kevin O’Brien made his living as a railroad inspector and did all his writing at night. His second novel, Only Son (1996), was optioned for film rights, thanks to interest from Tom Hanks. It was also chosen by Readers Digest for its Select Editions along with John Grisham’s The Partner and John Nance’s Medusa’s Child.

Kevin has been writing full time ever since.

The Next to Die, Kevin O’Brien’s third novel–and first thriller–was a USA Today Bestseller. So if on occassion, you find a scene in a Kevin O’Brien thriller in which a dead body is discovered in an old railroad yard or depot, well, now you know why.

Kevin O’Brien’s last four thrillers have all been New York Times Bestsellers. The most recent is Final Breath. Kevin lives in Seattle, loves Hitchcock movies, and is hard at work on his new thriller, Vicious, which will be available in May, 2010.

Here are our other updated free promotional listings in the Kindle Store as of May 25:

An AmazonEncore title leads the list of free Kindle Store offerings on this lovely Spring morning, not that there’s anything wrong with that:

Book Description
Closeted teenager Jeremy is sent to live with wealthy relatives after his mother enters rehab. Struggling to fit into the posh world of Ballena Beach, Jeremy joins the high school swim team, dates a popular girl, and begins to think he may have landed in paradise—until his great aunt Katharine starts to dictate his every move … and a late-night phone call insinuates that his father’s accidental death was not so accidental after all.

As Jeremy grows accustomed to the veneer of a fabulous life, so grows his need for answers—as well as the danger of immeasurable harm. Weaving together a murder mystery, sexual ambiguity, and characters with hidden identities and agendas , Nick Nolan offers readers a deliciously witty page-turner about the “puppet” who wishes only to be a real boy. Strings Attached is also a surprisingly heartfelt story about coming-of-age and coming out—not necessarily in that order.


A Q&A with Author Nick Nolan 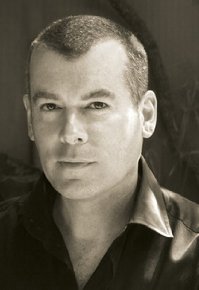 Question: Tell us more about 17-year-old Jeremy Tyler, and how you created your lead character? Nick Nolan: I set out to create someone with a dazzling character arc; someone that people–gay or straight–could relate to and root for. And I’ve always loved the sort of conflict that arises with a “fish out of water” storyline–watching how someone adapts to a cataclysmic life change is fascinating. And one’s teen years are inherently cataclysmic, so poor Jeremy is nearly overwhelmed. He goes from being poor and fatherless and hopeless to rich and fabulous and sought-after–but still miserable because he isn’t being himself. I believe that he’s a protagonist that most people will sympathize with.
Question: Strings Attached touches on themes of betrayal, greed, wealth, lust, beauty, love, and temptation. That is a lot for a young man to deal with. Would you explain how you weave these into the plot?
Nick Nolan: Lust is desire mixed with obsession, and many of the characters in this story can’t separate the two–sometimes to their great detriment. Each of these elements is related: those in possession of beauty and wealth can tempt those without to lust and temptation and greed, but seldom to love. These are all tied-up inside the human experience of “wanting.” In the book, Jeremy’s father tells him–in a dream–that one needs to be selfish with respect to what one needs, but to pursue judiciously that which one wants–it’s a paradox that few ever take the time to understand.
Question: Your book is a loose reinvention of the classic Pinocchio story. Would you tell us a little more about your connection with the Pinocchio tale, and your decision to work it into your story? Who is struggling with ‘strings attached’?
Nick Nolan: Pinocchio is a great tale, which is why everyone remembers it; I think it reflects the pan-human desire to become a better version of ourselves–the wish to become our ideal. So I studied the original story, written by Carlo Collodi many years before that famous cartoon movie. His book seems like a fairy tale, but scholars will tell you that it is steeped in social commentary–and so is my book. Jeremy really is a puppet of the adults around him–with the exception of Arthur, who plays the Blue Fairy; Arthur anticipates his every need, and at the end of the book when we find-out his true identity we learn how important his contact with Jeremy truly is. I have a villain who echoes the original antagonist in Collodi’s book, and I’ve made more plausible that wishing on a star business–I draw a parallel between that and the old Greek and Roman belief that the constellations were the gods, to whom they prayed for protection and guidance. And finally, there is a very believable twist on the original puppet’s nose-growing; something similar happens when Jeremy lies…but that’s a bit graphic for this interview.
Suffice to say that the Pinocchio parallels are there, but the similarities are subtle–and the story stands on its own without revealing them. And as for who is struggling with “strings attached”… at first one thinks that these bind Jeremy only, and then it becomes clear later on that everyone, except Arthur, in the story struggles against them, because every major theme in the story–beauty, wealth, love, betrayal, lust, greed and temptation–has consequences, or “strings,” attached to it.
Question: Nick, who is your target audience? Who would enjoy reading your book?
Nick Nolan: Initially my target audience was youngish gay men, but I’ve been pleasantly surprised that the appeal of Strings Attached crosses boundaries of age and gender and sexual preference… probably because it’s a coming-of-age story; this particular genre endures because those years are burned into every adult’s psyche. And who doesn’t relate to struggle, and misfortune, and learning to stand up for yourself? Enjoying a good read has little to do with how old you are or whom you sleep with–everyone loves a page-turner when the hero stands victorious at the end.
(This author Q&A is adapted from an author interview conducted by Juanita Watson, Assistant Editor of Reader Views, and is republished with permission.)

“Strings Attached is the literary equivalent of a prime-time soap opera…readers will have no trouble turning the pages of this engrossing novel…an easy book to get sucked into.” –PHILADELPHIA GAY NEWS

“Beautifully told, it grabs at your heart and emotions and does not let go…Nolan’s language is lush and his description is beautiful … His book is one to cherish and hold onto. We shall not see many like it.” –Amos Lassen, LITERARY PRIDE

“Nolan’s debut novel is a kitchen sink of genres – coming of age, coming out, mystery, romance, erotica, even a dash of the supernatural – that add up to an impressive story about the passage from boyhood to manhood.” –Richard Labonte, BOOKS TO WATCH OUT FOR

Here’s a quick free read (or text-to-speech listen) for your commute, just a little something to whet your appetite for the full release of J.A. Konrath’s latest Jack Daniels mystery, Shaken, which will be published initially in a Kindle exclusive by AmazonEncore this Fall and is available, at least for now, at a pre-order price of $2.99

. I don’t ordinarily include many “free samples” in the Kindle Nation Daily Free Book Alerts because many of them are just trying to game the bestseller lists through the redundancy of offering something that is already free as a Kindle Store free sample. But when a teaser like Konrath’s comes out while the full ebook is still in its unreleased pre-order state, as in this case, a worthwhile purpose is served.

No customer reviews yet. Be the first.

The Shadow and Night (The Lamb Among the Stars, Book 1) by Chris Walley

Presenting to Win: The Art of Telling Your Story, Updated and Expanded Edition

The Art of Asking: Ask Better Questions, Get Better Answers

The Truth About Negotiations

Heat of Passion: An Out of Uniform story by Elle Kennedy

On the road to forever, anything goes-
An Out of Uniform story.
Carson Scott is the king of one-night stands, so a naughty encounter with a sexy brunette in a nightclub supply closet is right up his alley. When his mysterious seductress disappears, he-s blindsided by an unfamiliar emotion-disappointment. One thing-s for sure-if he ever encounters his lady of the evening again, he won-t let her slip away so easily.
Between her catering business, family issues, and her broken heart, Holly Lawson has too much on her plate to think about committing to a serious relationship. Hot, sweaty, anonymous sex with a Navy SEAL-now that sounds like the perfect appetizer to take the edge off. With no plans to ever see him again, she indulges in a fling. Only to come face to face with him weeks later while working a wedding.
Worse, Carson is hell-bent on the one thing she doesn-t want. The R word. She has no intention of falling for him, but in the face of his seductive, mind-changing methods, her resistance is crumbling-
Warning: This title contains a ridiculously hot Navy SEAL, a sassy heroine, and sex in a supply closet. Read only if you have time to take a cold shower afterwards. Graphic sex, explicit language.

Milrose Munce and the Den of Professional Help

Living and Learning with New Media: Summary of Findings from the Digital Youth Project

The Joy of Pregnancy: The Complete, Candid, and Reassuring Companion for Parents-to-Be

The Future of Learning Institutions in a Digital Age

Confronting the Challenges of Participatory Culture: Media Education for the 21st Century

Young People, Ethics, and the New Digital Media: A Synthesis from the Good Play Project

Economic Report of the President

The Civic Potential of Video Games