A coming-of-age story full of hope and forgiveness tops this morning’s latest additions to our 220+ Free Book Alert listings….

It’s no wonder that this wondrous debut novel is off to a 5-star start on Kindle…. 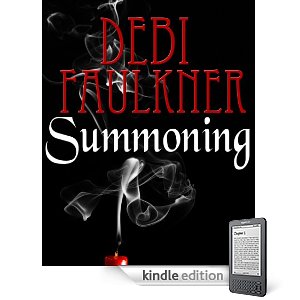 is based on a “true” Irish witch story in which an evil vicar sells not only his soul but also that of his young servant girl, Meredith, to the devil. After learning the dark craft herself, Meredith finds herself trapped in the demon’s shadow when she is accused of witchcraft. It is up to her to find the light and save herself – and those she loves – from the deal.
What the Reviewers Say
“Summoning

took my breath away. Light and dark, good and evil, truth and lies. Meredith’s is a powerful story of love and betrayal which unfolds in a haunting Irish landscape. This is a story which resonated with me long after I read the last sentence. A wonderful debut filled with gorgeous prose and unforgettable characters.”
–S. Johnson


“I must admit that I have watched movies that are of similar genre, but, have never read a novel like this! It was definitely a “page-turner!” Of course I could go on and on about the characters, but, if you are like me, you will just want to read it without “clues” to the storyline and characters involved. I will definitely read it again!”
–Dianne Siscoe

A native Detroiter by birth, I left the Motor City in 2001 for the Netherlands with my husband (a chiropractor) and my small children. In December of 2003, we moved again, this time to Ireland. While there, I took part in a mentorship program with the Irish author, Lia Mills, who helped me in making the transition from poetry to prose.
In August 2006, we relocated yet again to the Netherlands.

The upside of this nomadic lifestyle is that I have much more time than I would have had in the states to spend with my writing. My non-fiction piece, Binder Clips, won first place at the 2002 Feed the Writers Weekend in Amsterdam, and my chapter book, Kissy Frog, won an Honorable Mention in the 2006 W.I.N. Competition. I have also had numerous poems published online and in print literary journals, and several have won awards, including a chapbook shortlisted for the 2005 Listowel Writer’s Week Poetry Competition. I am a member of SCBWI and IrishPen, and I have a BA in English/Creative Writing. Summoning

is my first published novel.

(or a free sample) to your Kindle, iPad, iPhone, iPod Touch, BlackBerry, Android-compatible, PC or Mac and start reading within 60 seconds!
UK CUSTOMERS: Click on the title below to download
Summoning
Each day’s list is sponsored by one paid title. We encourage you to support our sponsors and thank you for considering them.
Authors, Publishers, iPad Accessory Manufacturers:
Interested in learning more about sponsorship? Just click on this link for more information.
Free Contemporary Titles in the Kindle Store