Wasn’t it Freud who famously asked, “What do demons want?” You’ll find all the answers to this question and more in today’s listings of over 240 contemporary free titles in the Kindle Store….

But first, a word from … Today’s Sponsor
Imagine Orwell’s Winston and Julia in a dystopian London of the near future, but here we’ll call them Lucas and Angela. Poetry has been forced underground, theatres and schools are shuttered, and women are not allowed to work outside the home. Can Lucas and Angela escape? A great read at a great price – just 99 cents on Kindle…. 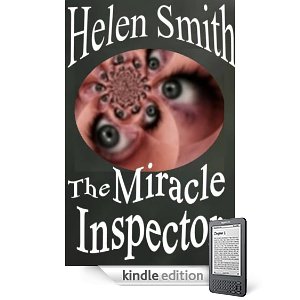 is one of the few novels that everyone should read, it’s a powerful novel that’s masterfully written and subtly complex.”
–-5* SciFi and Fantasy Books

A darkly comic literary thriller set in the near future. England has been partitioned and London is an oppressive place where poetry has been forced underground, theatres and schools are shut, and women are not allowed to work outside the home. A young couple, Lucas and Angela, try to escape from London – with disastrous consequences.
Helen Smith was the recipient of an Arts Council Award for The Miracle Inspector

.
What the Reviewers Say
“If you’re looking for something different, something unique and dark – reminiscent of The Road even – then check out The Miracle Inspector

. It’s worth it.”
–Maria Elizabeth Perez

“The future world that Helen Smith paints is frightening in the fact that I could envision it being real instead of fiction. The women are not allowed to work but have to stay home. They have to cover up when they venture out of the confines of home. This reminds me of my time when I was living in Saudi Arabia and had to cloak when I ventured out of my Western compound but The Miracle Inspector

is set in London, England! With the happenings in today’s world, it is easy to envision that this just might be the future for us. Perhaps it is a warning?”
–Kristie Leigh Maguire, author of Second Chances

“The book is almost a sardonic commentary on the results of unchecked paranoia over pedophiles, rapists, and the dangers of free thought: we are safest when children, women, and philosophers are invisible or nonexistent in society at large.”
–Alice Y. Yeh, Stimulated Outlet Book Reviews

Helen Smith is a member of the Society of Authors and the Writers Guild of Great Britain. She traveled the world when her daughter was small, doing all sorts of strange jobs to support them both – from cleaning motels to working as a magician’s assistant – before returning to live in London where she wrote her first novel, which was published by Gollancz in 1999. She writes novels, children’s books, poetry, plays and screenplays and was the recipient of an Arts Council of England Award. She’s a long-term supporter of the Medical Foundation for the Victims of Torture and mentors members of an exiled writers group to help them tell their stories.

She is currently under commission to write a play in 2011 and has a pilot for a TV series in development. She’s also working on a new novel. She likes knitting but she doesn’t like driving. She likes dancing. She has a blog: http://helensmithblog.blogspot.com. Come and say hello! 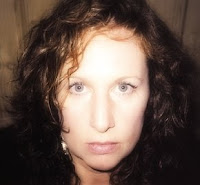 (or a free sample) to your Kindle, iPad, iPhone, iPod Touch, BlackBerry, Android-compatible, PC or Mac and start reading within 60 seconds!
UK CUSTOMERS: Click on the title below to download
The Miracle Inspector
Each day’s list is sponsored by one paid title. We encourage you to support our sponsors and thank you for considering them.
Authors, Publishers, iPad Accessory Manufacturers:
Interested in learning more about sponsorship? Just click on this link for more information.
Free Contemporary Titles in the Kindle Store