Usually when Amazon and Kindle publishers role out a dozen brand new free contemporary titles there’s something for most reading tastes, and that seems definitely to be the case with this morning’s latest additions to our 220+ Free Book Alert listings….

But first, a word from … Today’s Sponsor
“Kathryn Shay is a master of her craft. Promises to Keep

will hold you on the edge of your seat with an ending you’ll remember long after you turn the last page.”
–USA Today bestselling author Catherine Anderson 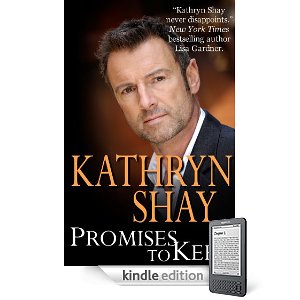 By-the-book Secret Service Agent Joe Stonehouse is paired with rebel Agent Luke Ludzecky as they go undercover in a typical high school that has the potential to erupt in deadly violence. The two women they meet cause the situation to be even more explosive. Originally published by Berkley Press.
What the Reviewers Say
“I can’t say enough about this author’s work—pure perfection.”
–Old Book Barn Gazette

“Kathryn Shay’s first mainstream romantic suspense is a gripping story that will haunt readers with its authenticity. And those who pick up a copy will find not one, but two absorbing romance threads, full of sensuality and fire. If ever the label of “sure thing” were deserved by a book, Promises to Keep

is such a book.”
–The Romance Reader

“These are all living breathing people you might meet anywhere at any time. The action and suspense balance well with the love, so that neither plot is skimped upon. I eagerly await her next release.”
–Huntress Reviews

And don’t miss Kathryn’s trilogy of new novellas, The Educators…

a bold new series of never before published novellas. Veteran teacher Shay returns to one of her favorite settings and vividly portrays the teachers, administrators and students of Crystal Corners High School. As is her trademark, sizzling romances are back-dropped by controversial, complicated and sometimes dangerous situations. 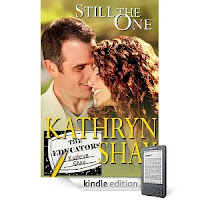 for $.99
In Still the One, Annie Jacobs has made something of herself after a rough adolescence. She’s the mother of twin boys, a respected and well-liked English teacher and has good friends. But when her former high school teacher, Dylan Kane, comes back to town, Annie’s carefully created world starts to crumble. She and Dylan have a past, one which almost destroyed her. Now, he wants to be the next principal of her school. Annie’s afraid their previous relationship will endanger the job she loves. She’s even more fearful that her feelings for Dylan will rekindle, or worse, never died. 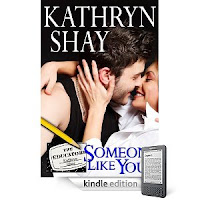 for $1.99
In the second installment, Someone Like You, teacher Brie Gorman and Coach Nick Corelli have been at odds for years. She never liked the sexy jock himself, and hates how the school tends to coddle athletes. But when one of Brie’s students, the star quarterback of the football team, goes into a downward spiral, she and Nick must work together to help him. Unexpectedly, a fiery passion they can’t ignore erupts between them, even when they clash over the best way to save the boy’s life. 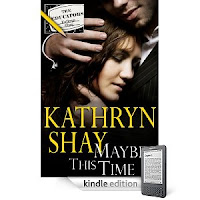 for $1.99
MAYBE THIS TIME features Delaney Dawson, a good teacher who has just been transferred to the high school. Her lessons are innovative, she participates in school activities and her students love her. But when she hooks up with the Gage Grayson, the father of a girl she has in class, a myriad of problems occur. First, the two adults didn’t know of their connection through Stephanie. And Stephanie hates her father, which jeopardizes the troubled teen’s burgeoning relationship with her teacher. But when they learn that Steph is being lured in by a bad crowd with a proclivity towards school violence, all three must work together to prevent deadly consequences.
About the Author

Kathryn Shay is a lifelong writer. At fifteen, she penned her first ‘romance,’ a short story about a female newspaper reporter in New York City and her fight to make a name for herself in a world of male journalists – and with one hardheaded editor in particular. Looking back, Kathryn says she should have known then that writing was in her future. But as so often happens, fate sent her detouring down another path as a teacher.

But by the early 1990s, she’d again made room in her life for writing. It was then that she submitted her first manuscript to publishers and agents. Despite enduring two years of rejections, she persevered. And on a snowy December afternoon in 1994, Kathryn Shay sold her first book to Harlequin Superromance.Since that first sale, Kathryn has written twenty-two books for Harlequin, ten mainstream contemporary romances for the Berkley Publishing Group, and two online novellas, which Berkley then published in traditional print format.

These days, she lives in upstate New York with her husband and two children. “My life is very full,” she reports, “but very happy. I consider myself fortunate to have been able to pursue and achieve my dreams.”
Visit Kathryn Shay’s Amazon author’s page

(or a free sample) to your Kindle, iPad, iPhone, iPod Touch, BlackBerry, Android-compatible, PC or Mac and start reading within 60 seconds!
UK CUSTOMERS: Click on the title below to download
Promises to Keep
Each day’s list is sponsored by one paid title. We encourage you to support our sponsors and thank you for considering them.
Authors, Publishers, iPad Accessory Manufacturers:
Interested in learning more about sponsorship? Just click on this link for more information.
Free Contemporary Titles in the Kindle Store

Just a quick note to let you know that I am at Mt. Auburn Hospital in Cambridge, recovering from emergency surgery yesterday and about to be released. All is well and my hope is that within a few hours there will be little or no sign that I was ever away.