There are a million great reasons to get up and get going this morning, and five brand new ones top this morning’s 250+ Free Book Alert listings….

Cooch’s father is a disabled former Marine and his mother is the daughter of a Bedouin sheikh. His exposure to many worlds has produced a complex man with a personality fit to power this charged thriller… 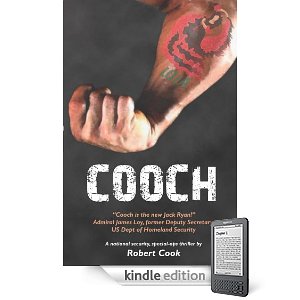 “ This is the kind of read that makes you wonder who will play Cooch in the movie. If Vin Diesel got a PHD or Matt Damon plumbed iron for 6-months, they could qualify.“
–Biff

Alejandro Mohammed Cuchulain, called Cooch or Alex, became a Marine at sixteen and a CIA special-operations trainee at 17. His father is a wheel-chair bound former Marine and Medal of Honor winner who gives Alex advice as to how to survive in a violent world. His mother is the daughter of a Bedouin sheikh who sends a young Alex off, during his summer breaks, to experience the Bedouin life. The combination of a very young start in learning the art and craft of violence, combined with a thirst for knowledge combine to help him to become both a noted designer and user of explosives and an expert in Islamic affairs. Violent, yet thoughtful, Cooch represents the best in fast-moving, popular thrillers.


What the Reviewers Say
“The author’s business and military background, combined with his extensive travel, makes him an insider when it comes to international security issues… The details, events, and world situations are right from the front page of today’s newspapers. I have a short attention span, so the accelerated pace of this plot kept me glued.”
–Stephen M.

“I found the title character, Cooch to be an interesting blend of Mitch Rapp (Vince Flynn) and Lucas Davenport (John Sandford’s Prey series). He gets difficult assignments protecting the US against terrorism, but he also has a broad educational background and approaches problems thoughtfully… This is a very fast paced adventure with well-developed characters with whom I was able to identify. It was hard to put this book down.”
–Bob Bressler 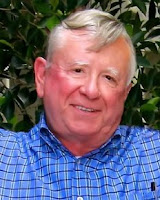 Robert Cook is a United States Army Vietnam veteran, who attained the rank of Major and holds the parachutists badge, Bronze Star Medal and the Army Commendation Medal.
Cook was named the Ernst and Young Entrepreneur of the Year for the Metropolitan Washington, DC Region in 1987.

Mr. Cook is an active philanthropist. He endowed the Robert E. Cook Honors College of Indiana University of Pennsylvania that was recently covered in Donald Asher’s book, “Cool Colleges for the Hyper Intelligent, Late Blooming and Just Plain Different

UK CUSTOMERS: Click on the title below to download
Cooch
Each day’s list is sponsored by one paid title. We encourage you to support our sponsors and thank you for considering them.
Authors, Publishers, iPad Accessory Manufacturers:
Interested in learning more about sponsorship? Just click on this link for more information.
Free Contemporary Titles in the Kindle Store