Make this a memorable Mother’s Day with Kathleen Shoop’s The Last Letter – 8 straight 5-star reviews and just 99 cents on Kindle! 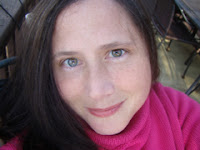