Welcome to the fully imagined fantasy world of 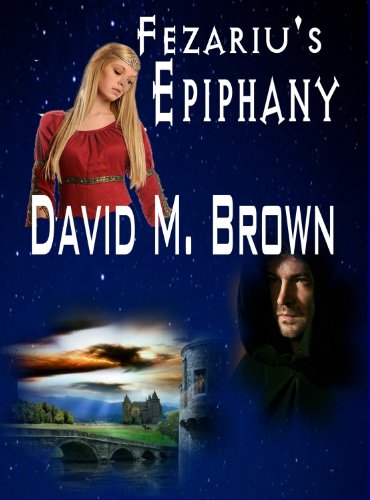 by David M. Brown
4.2 stars – 9 Reviews
Kindle Price: 99 cents
Text-to-Speech and Lending: Enabled
Don’t have a Kindle? Get yours here.
Here’s the set-up:
Suffering a betrayal as a young boy, Fezariu turns his back on his family. Convinced their way of life will help him leave his past behind, he joins the Merelax Mercenaries. In a quest to prove himself and survive his dangerous assignments in the Colonies, he’s forced to forge new alliances but works hard to distance himself emotionally. Despite his determined focus to move on his thoughts are drawn back to Clarendon where the White Oak, an infamous brothel, holds the secret to his past and the childhood friend he abandoned still remains.

Fezariu’s Epiphany was released in May 2011 and has received positive reviews on both Amazon and Goodreads, as well as several blogs. The story sees Fezariu facing great upheavals during his childhood and, unable to cope with what he feels is his curse, he runs away and joins the Merelax Mercenaries.  He hopes that the mercenary life will be enough to give him the detachment he craves but finds that personal demons can prove more difficult adversaries than vast armies.

One reviewer summarised:
“Fezariu’s Epiphany is a great read. It has many surprises. The author, David M. Brown, has thoughtfully crafted a many tiered adventure exploring in a compelling, and often nail-biting manner, questions of family legacy, life direction, morality and destiny. Each character in Fezariu’s Epiphany plays an important role in helping Fezariu find his way, sometimes as a warrior (there are some great battle scenes), and sometimes as a friend. In the end Fezariu discovers that these relationships are where his loyalty ultimately rests and that they are the key to slaying the difficult emotions from his past”

David M. Brown spent over a decade building his fictional world of Elenchera, including a world history spanning 47,000 years and a world geography depicted in 500 maps showing the ever changing political boundaries, newly discovered islands and colonised lands.  Though magic, elves, dragons, animal-headed races and many other aspects of traditional fantasy can all be found in Elenchera, many have their own moment in history and therefore will not appear in every novel, ensuring a varied approach to this unique world in every book.
The tour runs from 5th September to 28th October and give readers an opportunity to read interviews with the author, short excerpts and reviews of the novel.  In addition to Kindle Nation, tour stops will include As the Pages Turn, Review From Here, Literally Speaking and many others.  For more information on the tour you can visit Pump Up Your Book and to find out more about David M. Brown and the world of Elenchera you can visit Elenchera.com.

Check out the book trailer here. 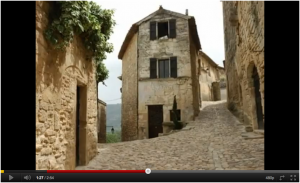