By KND on September 6, 2011 in free book alerts
Powered by our magical Kindle free book tool, here are
this morning’s latest additions to our 1,100+ Kindle Free Book
listings….
But first, a word from … Today’s Sponsor 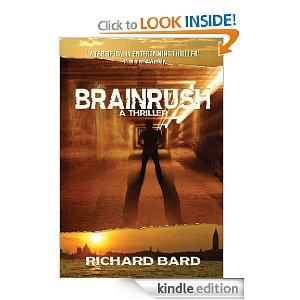 BRAINRUSH, a Thriller (Book One)

Once you purchase BRAINRUSH, connect with author Richard Bard and he will send you two other Kindle Store bestsellers absolutely free!

Here’s how it works, directly from author Richard Bard:

You purchase the BRAINRUSH eBook for $2.99. Email a proof-of-purchase in the form of a screen-shot of your order confirmation, or simply forward the order-confirmation email you receive to: Promo@RichardBard.com

I will then send you a gift certificate for your choice of ANY TWO of the following top-rated thrillers by New York Times Bestselling Author, Michael Prescott, and National Bestselling Author, C.J. Lyons. As of September 6, all four of these books are on the Top 50 Kindle PAID Bestseller List:

When you send in your proof-of-purchase, let me know which two books you would like.  Yes, it’s okay to mix and match.  Or, if you prefer, simply send in your proof with no message and I’ll send certificates for STEALING FACES and BLIND FAITH.

That’s it!  No tricks… No gimmicks… No obligation.  Do I hope that you’ll read BRAINRUSH first?  Sure!  Am I keeping my fingers crossed that you’ll let me know how you feel about it by leaving a review on Amazon?  Of course!  But that’s entirely up to you. Happy reading!

This promotion is subject to change without notice. But don’t worry; if you submit your proof of purchase while this page is still ‘live’ on the richardbard.com website, you will definitely receive your free
gifts.

When terminally ill combat pilot Jake Bronson emerges from an MRI with extraordinary cognitive powers, everyone wants a piece of his talent–including Battista, one of the world’s most dangerous terrorists. Thrust into a deadly chase across Europe and Afghanistan to save his love and her autistic-savant daughter, Jake discovers that his newfound talents carry a hidden price that threatens the entire human race.

An original weave of current events bound by colorful locations and cutting-edge technology, Bard’s novel is a must-read for fans of Michael Crichton, James Rollins, Clive Cussler, and Brad Thor. A dynamic mix of fast-paced action and thought provoking soul, this book challenges the reader to keep pace with every sharp turn and shocking twist. Acclaimed by fans of action, sci-fi, and political thrillers alike, Brainrush is one of the most innovative and entertaining books of the year.

Brainrush is Book One of a series.

One Reviewer Notes:
“One of the things I loved about this fast paced thriller, is that apart from Venice, which Richard Bard depicts so incredibly vividly in full Technicolor 3-D, I’ve never been to any of the other exotic places he brings so graphically to life, and yet I felt I was right there with his amazing cast of characters, with the sound and the action happening all around me. Afghanistan, Kuwait, Monaco and – where it all starts, Redondo Beach, California – and back again to romantic Venice, where it ends…

“Without this being in any way autobiographical, Bard has undoubtedly drawn on his own wide and varied experiences to bring detail and authenticity to every meticulously researched scene he writes. Much of the action could not have been written by anybody who had not gone through the drama and horror he brings to life with his concise yet flowing prose. This is a wonderful thriller – and there’s a sequel! Don’t miss it. “

–Sheila M. Belshaw
About the Author 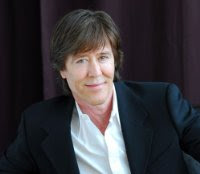 As a young Air Force pilot, Richard was diagnosed with cancer and learned that he had only a few months to live. Thirty-six years later he’s still going strong. He earned a management degree from the University of Notre Dame and after leaving the Air Force he ran three successful companies involving advanced security products and hi-tech displays used by US embassies and government facilities worldwide. He was an active member of the California Crime Prevention Officer’s Association and has been published with cover stories in Security magazine and ASIS Security Management magazine.

When asked what he hopes to achieve as a writer, he said, “The dream for me is to be walking through an airport and notice someone with her head buried in the book. Many readers have said they found it impossible to put down. For me, that’s the ultimate compliment.” Bard currently resides with his wonderful wife in Redondo Beach, California, where he remains in excellent health.

(or a free sample) to your Kindle, iPad, iPhone, iPod Touch, BlackBerry, Android-compatible, PC or Mac and start reading within 60 seconds!
UK CUSTOMERS: Click on the title below to download
BRAINRUSH, a Thriller (Book One)
Each day’s list is sponsored by one paid title. We encourage you to support our sponsors and thank you for considering them.

Loading
*
*
*For verification purposes only
Newly Re-Edited and Re-FormattedEnsign Athena Lee was one month into her new assignment as the most Junior engineer on board ship. Her assignment was to help build a secret spy station in a small out of the way galaxy. How was she to know it would become her last official assignment? An enemy fleet...
Read more »

Report Bad Listing
*
*
*For verification purposes only
A small-town Sheriff’s daughter finds herself caught up in a string of brutal murders. And there’s only one man who can make her feel safe again. He’s known as Anonymous... A man with no memory of his past, destined to face off against the worst of the worst. A wave of killing terrifies the...
Read more »

In The Blood of Justice: (Anonymous Series Book 1)
By: Nadia Siddiqui
Added:

Report Bad Listing
*
*
*For verification purposes only
This invaluable glossary of terms can be used alongside Doug's brilliant new book, How to Start a Creative Business, a must-have for any creative-type wanting to start their own venture. This glossary of terms provides you with the basic tools for starting a sustainable, viable, creative business....
Read more »

How to Start a Creative Business - A Glossary of Over 130 Terms for Creative Entrepreneurs
By: Doug Richard
Added:

Report Bad Listing
*
*
*For verification purposes only
Have others ever told you to “stop being so sensitive?” Have you ever looked at other people and wondered how they manage to get through the day without noticing the suffering going on all around them?Do you feel so emotionally delicate in comparison to your peers that you have tried to block...
Read more »

Report Bad Listing
*
*
*For verification purposes only
He does the government’s dirty work. When he’s double-crossed by one of his own, he’ll stop at nothing to take out the trash. Korea, 22nd Century. Surrender isn’t in Stefan Mendoza’s DNA. So when a traitor betrays his black-ops team, he alone pushes through the torture and escapes with...
Read more »

Report Bad Listing
*
*
*For verification purposes only
("Pandemic Pioneers" is book 3 in the "Pandemic Diary" series)It can’t happen. Our society is too civil, our civilization too advanced, our technology too developed for a breakdown of law, order, government, and our way of life.At least that’s what we tell ourselves so we can sleep at night.But...
Read more »

Report Bad Listing
*
*
*For verification purposes only
Tofu is no longer a dish for only Vegetarians. . . But if you are a Vegetarian here are some great Tofu ideas!Get your copy of the best Tofu recipes from BookSumo Press!Come take a journey with me into the delights of easy cooking. The point of this cookbook and all my cookbooks is to exemplify the...
Read more »

Report Bad Listing
*
*
*For verification purposes only
AMONGST THE FLAMES is book one of the Inspirational Christian Romance & Fiction series EMBERS & ASHES. Through each book in the series follow the life of different Christian firefighters at station #9 as they face trials on and off the job. Each story is unique to the character it follows and will...
Read more »

Amongst The Flames: A Christian Firefighter Romance (Embers and Ashes Book 1)
By: T.K. Chapin
Added:

Report Bad Listing
*
*
*For verification purposes only
“THE SORCERER’S RING has all the ingredients for an instant success: plots, counterplots, mystery, valiant knights, and blossoming relationships replete with broken hearts, deception and betrayal. It will keep you entertained for hours, and will satisfy all ages. Recommended for the permanent...
Read more »

A Quest of Heroes (Book #1 in the Sorcerer's Ring)
By: Morgan Rice
Added:

Report Bad Listing
*
*
*For verification purposes only
Your burning ballet questions answered... • How do I become a professional ballet dancer? • What do ballerinas eat?or do they eat at all? • Are all men who wear tights gay? These are just a few of the questions you'll find answered here. Feel the pain of what it's like to wear pointe shoes...
Read more »

Everything You Wanted to Know About Ballet But Were Afraid to Ask
By: Grier Cooper
Added: