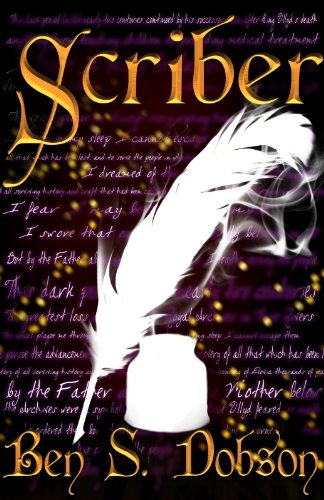 Don’t have a Kindle? Get yours here.
Here’s the set-up:
Dennon Lark is a Scriber, a scholar of the Kingsland’s forgotten past. Driven into self-imposed exile by the mistakes of his own past and plagued by strange voices and terrible dreams, he wants nothing more than to be left in peace.
But when a group of rebels called the Burners launch a series of attacks across the Kingsland, peace is no longer an option. The very research that sent Scriber Dennon into exile may hold the only hope of understanding the Burners’ motives, and of fighting their mysterious sorcery. And only the King’s infamous warrior niece Bryndine Errynson and her company of female soldiers trust Dennon enough to help him find answers before the rebels burn the Kingsland to the ground.
Racing against time and pursued by forces beyond their understanding, these two outcasts are the realm’s only hope. But in order to preserve the Kingsland’s future, they must first uncover its past.


Each day’s Kindle Daily Deal is sponsored by one paid title on Kindle Nation. We encourage you to support our sponsors and thank you for considering them.

Aldous Huxley looks backward and forward in this brilliant extended essay published a quarter of a century after his controversial, dark visionary novel. Analyzing America at mid-century against the world of tomorrow, Huxley finds some answers and asks more questions.