By KND on November 2, 2011 in KINDLE FIRE, sweepstakes, tablet 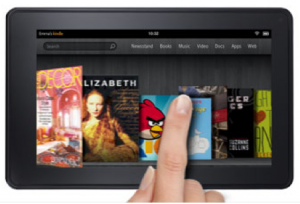 We are well into week #4 of our wild and crazy plan to give away a brand new Kindle Fire every week through the rest of this year and well into next, and we are already two-thirds of the way toward surpassing last week’s record of 2,227 entries.

(Our GRAND PRIZE winner, Kindle Nation citizen Steve Wisener of Northfield, Minnesota was randomly selected from all the entries to win a KINDLE FIRE tablet. The Fire is slated to ship on November 15, and Amazon has confirmed for us that Steve’s will arrive at his home by November 16!)

Maybe yours will be awarded in Week #4, but you know how this works, right? You can’t win it if you don’t enter.  For the Week #4 Sweepstakes,  novelist Jack Harney, author of the true 5-star thriller THE MILLSTONE PROPHECY,  is helping us all out as our sponsor.

(And just in case you are wondering, Jack has already paid the full cost of that new Kindle Fire that could very well have your name on it. Every penny. What’s that? Did you ask me to re-post the link to THE MILLSTONE PROPHECY, and provide a link to Jack’s Amazon Author Page, because you understand how karma works in these matters? Okay then. Thanks for asking, and let’s be clear that while the cosmos works by its own rules, we of course have no way of knowing what you download from the Kindle Store.)

The Week #4 Sweepstakes runs until shortly after noon on Sunday November 6, and entry details can be found at the end of this post. But if you would like to guarantee that you are a winner when it comes to having great books to read, here’s a personal invitation to discover Jack Harney’s true 5-star thriller THE MILLSTONE PROPHECYat the terrific price of just $2.99! 18 straight Amazon reviewers have weighed in with rave reviews, and NYT’s best selling author Mary Jane Clark praised Harney’s page-turner on her Facebook page: 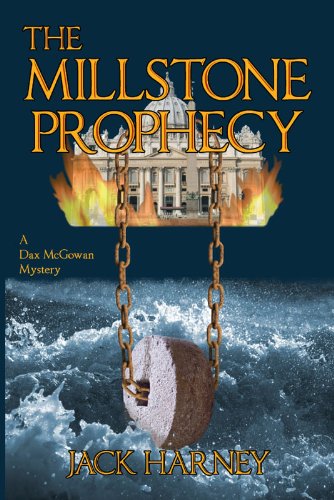 “On 9-13-2011, the Center for Constitutional Rights filed an 84 page complaint with the International Court at the Hague against the Vatican, the Pope and other named individuals for Crimes Against Humanity. In support of The Millstone Prophecy, NY Times best selling author, Mary Jane Clark, wrote on her Facebook page, ‘It’s as if Jack Harney had a crystal ball!’”

Famed N.Y.P.D. Lieutenant, Dax McGowan, attempts to track down and kill the pedophile priest who caused his daughter’s suicide. A citywide foot race soon turns into an international manhunt, taking Dax to the gates of Vatican City and beyond with startling results. An intransigent and deceitful church hierarchy, a politically weakened D.A.’s response, and mysterious assassins dispatched to “take him down” thwart his every move.

“Jack Harney has crafted a clever page-turner with a cast of solid, persuasive characters who take the reader into the sordid underbelly of the Roman Catholic Church. Although a work of fiction, this intriguing mystery exposes many facts regarding the immoral machinations employed by Catholic hierarchies to protect and hide abusive priests. As the parent of a child abused by a priest, I could easily relate to both the heartache and the rage that gripped the hero, Dax McGowan, as he embarked on an international manhunt to locate the pedophile priest responsible for his young daughter’s suicide.”

And here are the details on the Kindle Nation Week #2 KINDLE FIRE Giveaway Sweepstakes:

72 Responses to Heads Up! You Have Until Sunday to Enter for Week #4 of Our Brand New KINDLE FIRE Giveaway Sweepstakes, Sponsored by Jack Harney, author of THE MILLSTONE PROPHECY