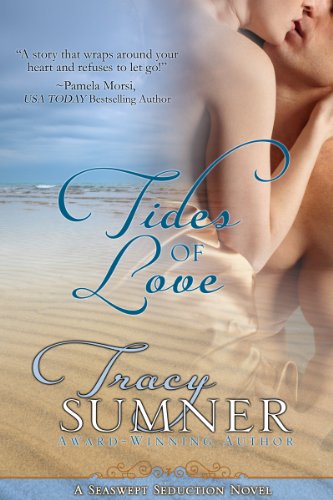 He left all he loved behind…

Will he be able to return and win her heart?

An earth-shattering secret revealed in his recently deceased mother’s diary causes harsh words between Noah Garrett and his brother. Desolate and totally bewildered, Noah leaves Pilot Isle and has no contact with his family or even Elle Beaumont, the girl who has been his shadow all through childhood. Now, ten years later, Noah is a renowned biologist and returns to Pilot Isle to head up a research lab. Coming back home opens up old wounds and uncovers buried feelings. Hoping to have a few days to cope with all the old emotions welling up within him, Noah really isn’t ready to face anyone yet. However, it’s just his luck that the first person he literally bumps into is Elle. The only difference is, Elle is no longer a thin red headed mischievous imp who is constantly in trouble and always needing to be rescued. This Elle is a gorgeous, passionate young woman who sets Noah’s blood on fire.

Marielle Claire Beaumont has loved Noah since she was a child. As a sad little girl who’d recently lost her mother and couldn’t speak English, Elle met Noah when he saved her from taunts at school. Ever since then Elle has loved Noah unconditionally and followed him around like a little puppy. Her world was shattered when he left so suddenly. His silence all these years has been very difficult, and Elle is stunned when she slams into him so unexpectedly. It’s not long before she’s disrupting Noah’s life again as sparks of passion fly in every direction between the two.

“Passionate love scenes that leave you breathless and singe your senses. TIDES OF LOVE is one book that will grab you from the first page and not let go till you’ve turned the last. I simply couldn’t put it down.”
—The Best Reviews

“I picked up Tides of Love…just to give the book a quick peak. That quick peak turned into four hours of reading that didn’t stop until I finished the book! A sensuous writing style.”
—The Romance Reader

“Descriptive flair…give this one a try!”
—All About Romance

“A powerful relationship novel that explores the heartache and triumph of love.”
—Romantic Times

Her eyes flashed. “Let’s get this out in the open. I was infatuated, once, a long time ago. Time to move on, Professor. I’ve refused marriage. According to my father, the grand opportunity to improve my life. And I don’t see any good prospects looming on the horizon. Not to break your heart or anything”—she angled her chin, training her stunningly green gaze right on him—”but that hasn’t changed since you arrived.”

He felt an odd tightness in his chest, although her pledge was exactly what he wanted to hear. “Good. We understand each other.” He lifted his hand, staying her impatient jiggling of the door handle. “I’ll do this, on one condition.”

“Condition?” Her brow scrunched as her canvas boot tapped a tune on the planked floor.

“No more ‘Professor’ nonsense. Never again from those lovely lips of yours.”
Elle raised her hand to her mouth, smoothed her finger over her top lip. “Of course.”

Puzzled by what he’d just uttered, Noah dropped to his haunches and flipped through a pile of books. He motioned her behind the door as he approached, a burgundy volume in his hand. “Wait until I have your father’s full attention, where you can see our backs are turned. Then run. Don’t think, run.” He stepped outside, then leaned back in. “Let me amend that. Think. Please. Don’t trip crossing the yard or tumble down the staircase and break your leg. Only one doctor in town, I’ll wager, and he’s someone we want to avoid just now.”

Readers familiar with the Outer Banks may recognize Pilot Isle as Beaufort, North Carolina. Indeed, I loosely based my setting there, thanks in large part to information provided by the kind ladies at the Beaufort Historical Society.
I incorporated artistic license in these areas, mostly calendar changes, which I hope the reader will forgive. In 1902, the second Federal fisheries laboratory in the United States was completed in Beaufort–still there to this day. Woods Hole, the first, was established in 1871, actually placing its construction before Noah’s birth. But I know he would have wanted to take part, so he did. The scholarship Elle received I based on the ones given by the American Association of University Women, founded in 1882. They bestowed their first loan, much as I described it, in 1901, three years later than Elle received it.
The lifesaving program is a marvelous part of the Outer Banks history and well worth further research. Also, the University of South Carolina, in 1898 called South Carolina College, did admit female students. As an alumna, I wanted Elle to be one, too!

Shop for yourself, or give Kindle books–delivered when you want–to anyone with an email address. (No Kindle required. Books can be read on Kindle or one of our free reading apps.) These deals are good today only.