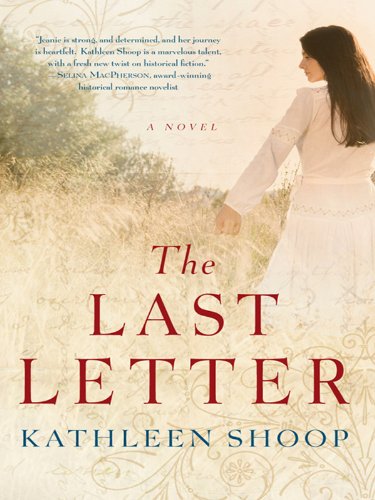 Katherine Arthur’s mother arrives on her doorstep, dying, forcing her to relive a past she wanted to forget. When Katherine was young, the Arthur family had been affluent city dwellers until shame sent them running for the prairie, into the unknown. Taking her family, including young Katherine, to live off the land was the last thing Jeanie Arthur had wanted, but she would do her best to make a go of it. For Jeanie’s husband Frank it had been a world of opportunity. Dreaming, lazy Frank. But, it was a society of uncertainty—a domain of natural disasters, temptation, hatred, even death.

Kathleen Shoop, PhD, is a language arts coach in Pittsburgh, Pennsylvania. The Last Letter (2011 IPPY Gold Award Winner–Best Regional Fiction, Midwest) is her debut novel. She is published in four Chicken Soup for the Soul books and regularly places articles and essays in local magazines and newspapers. Kathleen is also married and the mother of two children.
(This is a sponsored post.)