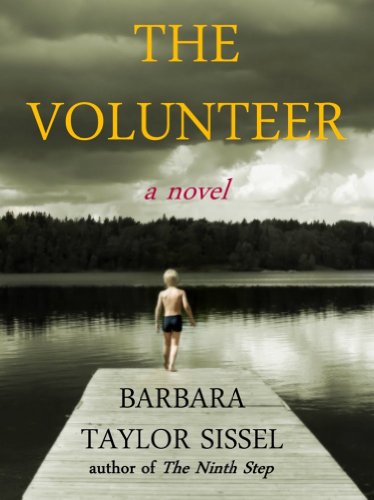 The Volunteer is a story about families, how they are made, and how in one single, horrifying instant, they can be broken. It is a story about mothers and the lies they tell to protect their children, to keep them from being hurt. But what happens when the truth comes out anyway and nothing and no one is spared? Sometimes the truth has the power to break your heart, and in Sophia’s case it will also endanger her freedom and threaten everything she has ever believed about her life

“THE VOLUNTEER is a satisfying read, and that’s enough in itself, but I think book clubs will find a whole additional dimension for discussion. Beyond the big questions that gray the core topic of capital punishment, there’s the complicated realm of family relationships, the definition of “the honorable thing” and whether or not it’s even possible to redeem oneself by living or dying for a private cause. ~ Joni Rodgers, NYT bestselling author of Crazy for Trying, Sugarland and memoir, Bald in the Land of Big Hair

“THE VOLUNTEER is a story of so many things that are not talked about — you can only learn about them by noticing the empty shape that people talk around. It’s exactly like negative space in art, when you depict the object by drawing the space around it.” ~ Darla Tagrin, Artist

Barbara Taylor Sissel is a freelance writer, book reviewer, and editor, and the author of two other novels, The Ninth Step and The Last Innocent Hour. A one-time editor for a small regional press, Barbara has written extensively for the public relations field. Her short stories and articles have appeared in a number of venues.

An avid gardener, Barbara is currently working with numerous clients on a variety of projects and writing a new novel. She has two sons and lives in The Woodlands, Texas. For more information on past and forthcoming books, you can visit her website at www.barbarataylorsissel.com