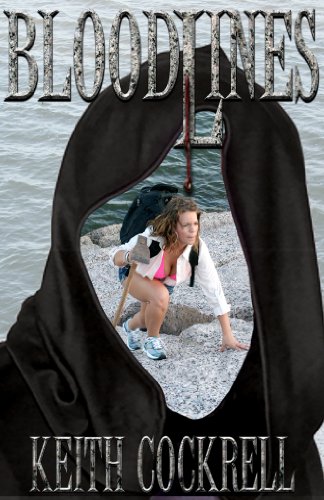 4.6 stars – 18 Reviews
Kindle Price: 99 cents
Text-to-Speech and Lending: Enabled
Don’t have a Kindle? Get yours here.
Here’s the set-up:
When Shannon Landry came to Annuba, the attractive graduate student thought her biggest problem would be understanding the Cajun accents on the little Louisiana island. Instead she found herself in a desperate duel with a serial killer, first for the life of a child, but soon for the lives of everyone on the island, including her own.
Reader Comments

I really enjoyed this book.

I loved the spunky, feistiness of Shannon and the sweet, gentleness of Richard. I was fascinated by Ambrose who should NOT have been in any way likable, but he was. He was both attractive and repellant – fascinating. As for Halloran, Bravo!

It was a thumping good adventure with characters that mattered to me; some of whom were supporting characters. It was scaaaaary(I only read it in the daytime.)

It was, indeed, a thumping good read!

– Victoria LeBlanc, Amazon Reviewer, 5 Stars
Chills abound in this thriller by new author Cockrell, and my only complaint is that he hasn’t hit the scene sooner. It’s got all the right ingredients — Shannon, a young, feisty and attractive archeology student; Richard, a local with a ready grin, an infectious laugh, and a determination to right old wrongs; a small picturesque Louisiana island with an ugly secret and a bloody past; and a cast of quaint characters who alternately charm and threaten, not the least of which is the powerful benefactor whose tainted bloodline has ruled the island for generations.
Cockrell weaves a spooky and terrifying story of predator and prey, highlighted by authentic settings, believable characters, enthralling legends from the island’s past, and a villian so diabolical you’ll forget he isn’t real. Heritage is a heart-stopping unputdownable ride that grabs you by the throat and doesn’t let go.