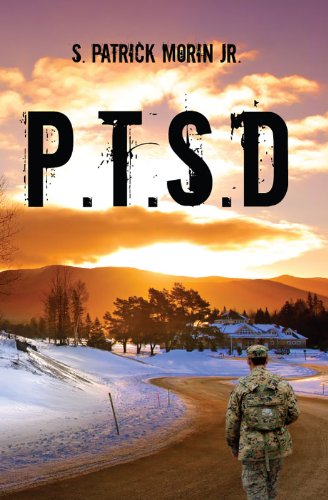 4.5 stars – 11 Reviews
Kindle Price: 99 cents
Text-to-Speech and Lending: Enabled
Don’t have a Kindle? Get yours here.
Here’s the set-up:
Morin’s debut novel has a notably effective structure [and] the ending is exceptional…An imposing first novel with a protagonist whose disorientation is so thoroughly illustrated that readers’ senses will smolder before it’s over.
~ Kirkus Reviews

Gerry Burns, a former U.S. Marine and Iraq war veteran, walks into a police station one morning and confesses to the murders of several local residents, but the only thing is, Gerry can’t remember killing any of them. Diagnosed with Post Traumatic Stress Disorder (PTSD ), Gerry has not only has lost the ability to control his actions, but also his ability to remember.  Flashbacks from the war haunt Gerry’s daily life with increasing and alarming regularity. The trauma of losing friends in battle, the fear of rocket attacks during the night, and the anxiety of bombs exploding on the side of the road all contribute to the psychological strain consuming him. With a flip of the switch Gerry can turn any one of these emotions on and just as quickly turn it off. The only problem is he can’t control when or where it happens.

Gerry and his wife, Ashley, leave military life and relocate to a sleepy New England town so Gerry can attend college. Soon thereafter, Gerry runs into two local hooligans and leaves them bloodied and broken. Problem is, Gerry doesn’t remember a thing. Ashley is convinced PTSD is responsible for Gerry’s actions, but Gerry disagrees. When one of Gerry’s study partners goes missing, then his former boss, Gerry begins to worry. At first glance it appears nothing more than a coincidence, but as more people with ties to Gerry disappear, he starts to think otherwise, especially when the two locals he beat up turn up dead. 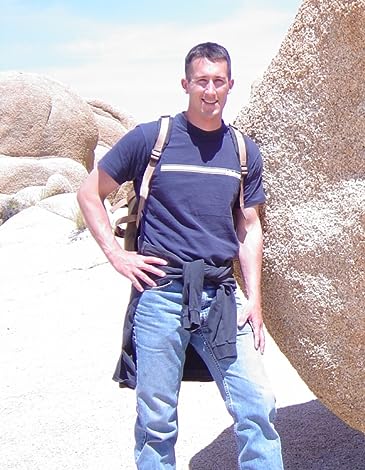 Patrick Morin grew up in Providence, RI. He left Providence when he was 17-years-old and has been traveling the globe ever since. He earned a Bachelor of Science in English from Northeastern University and following graduation he joined the U.S. Marine Corps. After being commissioned as a Marine Officer, Patrick went on to serve overseas in support of the global war on terror and is a veteran of Operation Iraqi Freedom. Following his honorable discharge from the Marines, he attended law school at Tulane University. Hurricane Katrina changed those plans and Patrick was forced to transfer schools, earning a Juris Doctorate from the University of New Hampshire School of Law. He is currently in private practice in Boston, MA.
(This is a sponsored post.)

Happy Friday Readers! We Have SIX Brand New Kindle Freebies to Help Start Your Relaxing Weekend! Joan Hall Hovey’s THE ABDUCTION OF MARY ROSE, Cege Smith’s EDGE OF SHADOWS, Lisa Schuetz’s 5 EASY STEPS FOR ANALYZING SIGNATURES: HANDWRITING ANALYSIS HOW TO, Barbara Taylor Sissel’s THE VOLUNTEER, Sam Cheever’s GUARDIAN and David M. Brown’s FEZARIU’S EPIPHANY
Like a little romance? Or a lot? Use these magical Kindle book search tools to find thousands of great bargains in the Romance category, sponsored by our brand new Romance of the Week, Jackie Barbosa’s THE LESSON PLAN (LORDS OF LANCASHIRE) – 4.5 stars and just $1.96 on Kindle!