PLEASE NOTE: Powered by our magical Kindle free book tool, here are this morning’s latest additions to our 2,250+ Kindle Free Book listings. Occasionally a title will continue to appear on this list for a short time after it is no longer free on Kindle. ALWAYS check the price on Amazon before making a purchase, please! If a book is free, you should see the following: Kindle Price: $0.00
But first, a word from ... Today's Sponsor
This is what you get when you combine Indiana Jones with Ludlum's Jason Borne . . . A must read for all you lovers of conspiracy theories, thrillers and mysteries alike!
The Egyptian
by Layton Green 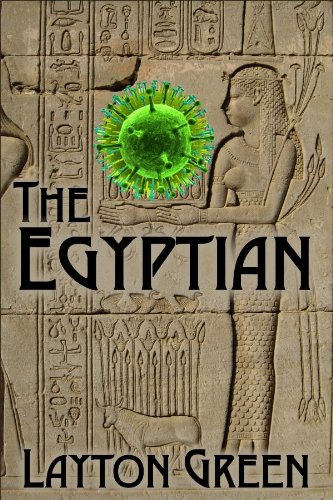 4.5 stars - 60 reviews
Kindle Price: $2.99
Supports Us with Commissions Earned
Text-to-Speech and Lending: Enabled
Here's the set-up:
At a mausoleum in Cairo's most notorious cemetery, a mercenary receives a package containing a silver test tube suspended in hydraulic stasis.

An investigative reporter tracking rogue biomedical companies is terrified by the appearance of a mummified man outside her Manhattan apartment.

A Bulgarian scientist who dabbles in the occult makes a startling discovery in his underground laboratory.

These seemingly separate events collide when Dominic Grey and Viktor Radek, private investigators of cults, are hired by the CEO of an Egyptian biomedical firm to locate stolen research integral to the company's new life extension product. However, after witnessing the slaughter of a team of scientists by the remnants of a dangerous cult thought long abandoned, Grey and Viktor turn from pursuers to pursued.

From the gleaming corridors of visionary laboratories to the cobblestone alleys of Eastern Europe to a lost oasis in the Sahara, Grey and Viktor must sift through science and myth to uncover the truth behind the Egyptian and his sinister biotech - before that truth kills them.
One Reviewer Notes:
The Egyptian combines mythology and modern scientific research in a fantastic thriller that leaves the reader breathless and on the edge of their seat. Green's writing reminds me of Michael Crichton's works with the mysteries, thrills, and the life-changing scientific discoveries.
Cherie Reich, Surrounded by Books
About the Author 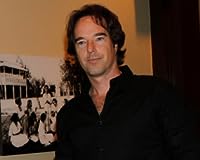 Layton is a mystery/suspense writer and the author of the Kindle best-selling and award-winning novel The Summoner. In addition to writing, Layton attended law school in New Orleans and was a practicing attorney for the better part of a decade. He has also been an intern for the United Nations, an ESL teacher in Central America, a bartender in London, a seller of cheap knives on the streets of Brixton, a door to door phone book deliverer, and the list goes downhill from there.

He has traveled to more than fifty countries, lived in a number of them, and has a burning desire to see every country, city, beach, moor, castle, cemetery, twisted street and far flung dot on the map. Religion and cults, as well as all things spiritual and supernatural, have also been a lifelong interest. Combine the travel and the religion with fifteen years of Japanese Jujitsu training, and the Dominic Grey series was born.

Layton lives with his wife and son in Miami. Please stop by his website at www.laytongreen.com.
UK CUSTOMERS: Click on the title below to download
The Egyptian
Each day’s list is sponsored by one paid title. We encourage you to support our sponsors and thank you for considering them.
Free Contemporary Titles in the Kindle Store
Welcome to Kindle Nation’s magical and revolutionary Free Book Search Tool — automatically updated and refreshed in real time, now with Category Search! Use the drop-down menu (in red caps next to the menu bar near the top of the page) to search for free Kindle books by genre or category, then sort the list just the way you want it — by date added, bestselling, or review rating! But there’s no need to sort by price — because they’re all free!
« Previous Page
Only one page of results to display
Next Page »

Loading
*
*
*For verification purposes only
A two-book mystery bundle by #1 bestselling author Blake Pierce, author of ONCE GONE, a #1 bestseller on Amazon with over 350 five star reviews!Here is a bundle of the first books in two Blake Pierce series—the Adele Sharp and Ella Dark mystery series—all here in one convenient place. This...
Read more »

Report Bad Listing
*
*
*For verification purposes only
When society peacock Lord Harry Steele’s father reaches the end of his tether, he throws his wayward son out of the house. Forced to quickly find a way to make money, Harry hits upon a brilliant idea. Instead of creating scandals, he will get paid to manage them. Heiress, Alice North, is...
Read more »

Rogue for Hire (Rogues of the Road Book 1)
By: Sasha Cottman
Added:

Report Bad Listing
*
*
*For verification purposes only
This is a prequel story of what happens BEFORE the first novel in theBanded universe. While it doesn't need to be read to enjoy the Bandedseries, it will outline events before the first book and the maincharacter, Kalenna Slater, in her time before becoming banded.  The first book is currently free...
Read more »

Report Bad Listing
*
*
*For verification purposes only
The first in the series is, Silent Discourse.A gritty tale of a troubled teen, exiled from his Amish society by his abusive father. While living outside his culture as lead singer in a rock band, Nicolaus Zook begins to unravel the secrets of his father’s hatred and intolerancetowards him....
Read more »

Report Bad Listing
*
*
*For verification purposes only
Layla’s at the heart of a dangerous myth. A tale of gods, monsters, and ancient forces that must be kept hidden. But nothing can stay in the dark forever.When her own powers rise, she’s thrust into the arms of a god who wants to send her to hell, but he can’t let go of her yet. He senses in...
Read more »

She Transcends Book One
By: Odette C. Bell
Added:

Report Bad Listing
*
*
*For verification purposes only
Villas, fast cars and champagne is everything Tate could wish for but hidden behind the luxury is adark and seedy world, fraught with danger. Bill is clinging to a life he has grown tired of. The drugsdon’t work anymore, and he has lost his edge. His world is not a place to show weakness, and ashe...
Read more »

IN DEEP: One Story, Two Perspectives
By: SARAH COLLIVER
Added:

Report Bad Listing
*
*
*For verification purposes only
When an old friend and rival from the Devil's Run calls on Dutch to help get him out of a sticky situation down San Salvador way, Dutch has no choice but to go to his aid - only to find herself trapped in a pit with a newly hatched kaiju and no way to escape.OUR LADY OF HOLY DEATH is a prequel to...
Read more »

Our Lady of Holy Death: A Prequel to Devil's Road
By: Gary Gibson
Added:

Report Bad Listing
*
*
*For verification purposes only
Shoot first. Fight dirty. Get paid. Bronco is a gunslinging wastelander of dubious moral character & questionable sanity, and he is here to show you how to survive and thrive in the post-apocalyptic future. This survival guide is full of scavenging tactics, guns & ammo, dystopian societies, psycho...
Read more »

Report Bad Listing
*
*
*For verification purposes only
Two words: Immortal Pirates. It doesn't get better than that! Sexy, spicy, and so much fun--I can't wait for the next one! - Alyssa Day, NY Times bestselling authorInternational Digital Award Finalist - Best Paranormal NovellaSkye Olson is a psychic like her mother, and her grandmother before her...
Read more »