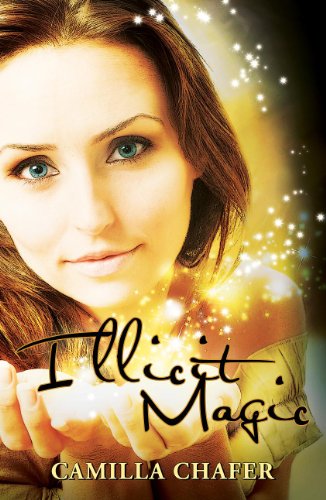 by Camilla Chafer
3.8 stars – 30 Reviews
Kindle Price: $1.99
Text-to-Speech and Lending: Enabled
Don’t have a Kindle? Get yours here.

More than three hundred years after the most terrifying witch hunts the world has ever known, it’s happening again.

When an attack by ruthless witch hunters forces twenty-four-year-old Stella from her home in London into the protection of the powerful Witch Council in New York, she has to put her faith in strangers just to stay alive, yet she might not be any safer in their midst than the danger she escaped.

Hidden from the Brotherhood in an extraordinary safe house by the sea where she is sent to learn her craft, Stella finds there is more than one dark secret in her new family: Étoile’s sister is spoken of in fear and sadness; Marc is supposed to be a powerful warlock but is missing his magic; where does the owner of their safe house vanish to every day and why does Evan have the eyes of someone not quite human?

One secret is important enough to kill for and it’s a secret so powerful it could destroy the fragile threads of Stella’s new world.

“Anyone who likes Charlaine Harris would most definitely enjoy this book. It’s well written, rich in description and the characters are instantly likeable.” Amazon UK review.

“…an enticing read with engaging characters and action-packed adventure that will have you biting your nails as you delve deeper into the mystery, madness and mayhem of Stella Mayweather’s life. Things aren’t always as they seem as secrets are revealed, the plot thickens, allies become enemies, friendships are tested, and love begins to blossom.” The Readers Roundtable Infinity & Beyond.

Hot Off the Kindle Presses: Family Honor is the Latest in Jamie Hill’s “A Cop in the Family Series,” and Now the First Two Books in the Series Have Been Marked Down to Just $2.99
Free Book Alert for Thursday, June 28: 320 NEW FREEBIES in the last 24 hours added to Our 4,400 FREE TITLES plus … Cynthia Langston’s BICOASTAL BABE (Today’s Sponsor is currently being developed into a television series on the CW network, to be produced by Katherine Heigl & is now just $2.99 or FREE via Kindle Lending Library)