“ALICE IN DEADLAND is a fast paced, creative zombie tale.” 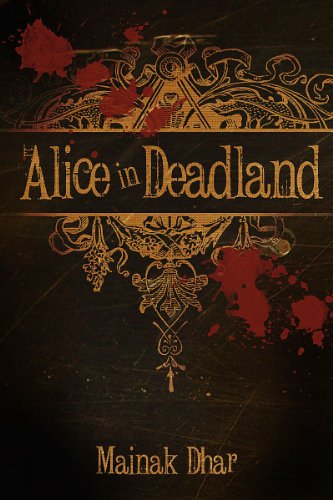 If you enjoy Alice in Deadland, also check out Zombiestan by Mainak Dhar for another action packed thriller with a unique twist on the zombie genre and Vimana the Amazon.com sci-fi bestseller by Mainak Dhar.

“Alice in Deadland may be a ‘zombie-like’ story, but it is a metaphorical tale of how we tend to demonize that which we do not understand. It is obvious that there are socio-economic and geopolitical undercurrents in the story line and shadows of colonialism, post-colonialism, jingoism, and intolerance. If you can read between the lines and see the deeper meaning to the story, Alice in Deadland is a wonderfully entertaining ebook.” – eNovel Reviews

“Words to live by: Eat all your vegetables. Exercise like a fiend. Sleep a solid seven to eight hours a day. Never, ever read Alice in Deadland before you sleep. Ever. Because if you do make the mistake of idly perusing the first page, you’re going to want to finish the last and that, ladies and gentlemen, is a foul surprise to learn on a work day. An unusual blend of the zombie mythos, conspiracy theories and Lewis Caroll, Alice in Deadland is self-proclaimed ‘cubicle worker by day, author by night’ Mainak Dhar’s most recent offering and one of the best reinterpretations of the childhood fable yet.” – Kindlefu.com

Mainak Dhar is a cubicle dweller by day and writer by night. He is the author of eleven books including the Amazon.com science fiction bestseller Vimana. Learn more about him and his writing at mainakdhar.com.
(This is a sponsored post.)