“Masterfully written and executed. This is the very definition of thrill, energized with edge-of-your-seat action and suspense.”
MIHIR SHAH – US REVIEW OF BOOKS 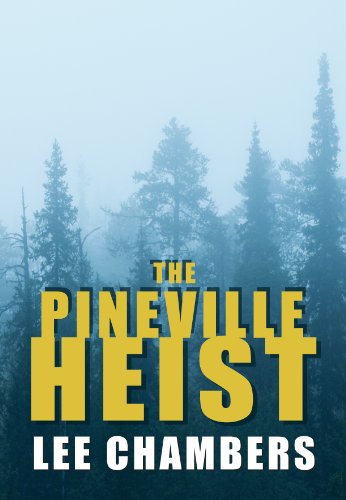 A #1 Bestselling Thriller on Amazon. Award-winning writer/director Lee Chambers takes on a YA crime thriller for his debut novel.

The Pineville Heist, based on the award-winning screenplay by Lee Chambers and Todd Gordon, is “intended as a teen thriller, but anyone who reads it – regardless of their age – will find it impossible to put down. I know I did, and I absolutely loved it” noted Dana Micheli from Writers In The Sky.

• UPDATE: ‘ Twilight Saga movie star Booboo Stewart (Seth Clearwater) just signed on to play Aaron Stevens in The Pineville Heist movie set to go to camera in the spring of 2013.

Seventeen year old Aaron stumbles into the aftermath of a five million dollar bank heist gone wrong. Hiding under a canoe, Aaron partially catches the murder of one of the robbers. In the chaos he sneaks away with the money and heads straight for the closest place of safety, his high school. Terrified, Aaron tells his shocking tale to Amanda Becker, his drama teacher, but it doesn’t take long for one of the psychotic robbers to show up. In the locked down school the pair are relentlessly pursued in a quest to get the money back and wipe out the evidence. (40,000 words – approximately 196 pages.)

Amazon Reader Reviews:
“The Pineville Heist screenplay is incredibly suspenseful and a really fun ride” – Diane Nabatoff, Producer of ‘Narc’
“The Pineville Heist is an action packed thriller that will appeal to the young adult reader and to some older readers, too.” – NANCY FAMOLARI

Lee Chambers is an award-winning Canadian writer and film director living in Thunder Bay, Ontario, Canada. Over the years his short film work has been executive produced by Academy Award winners such as Roger Corman and Paul Haggis. The Pineville Heist will mark his debut as a feature film director.