Well, here we go again!
We’ve still got over 48 hours left in this week’s Kindle Fire giveaway sweepstakes – right here at http://kindlenationdaily.com/2012/11/announcing-a-brand-new-winner-in-our-kindle-fire-hd-giveaway-sweepstakes/ — and while we’re at it, we have good news for Cindy Breckenridge of Benton, Arkansas! Cindy is our brand new winner of last week’s sweepstakes, which closed at midnight Sunday night! We’ll be arranging for Amazon to ship her a brand new Kindle Fire HD, valued at $199, as soon as we receive her shipping address confirmation!
And here’s the scoop on this week’s sweepstakes, which runs until midnight Nov. 11 … and of course, good luck to ALL! 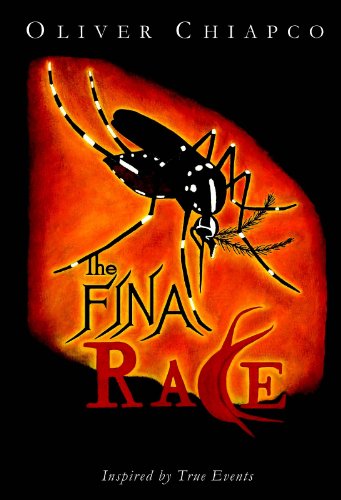 FIRST, THE STRANGE CREATURES FROM THE RIVER. THEN THE HORDES OF KILLER MOSQUITOES. THEN THE RAGING PLAGUE. AMIDST THE RAVAGES OF DEATH AND PESTILENCE, ONE DOCTOR TURNS TO AN ANCIENT CURE.

In a warming world, the stage is set for malevolent storms, deadly diseases, and human conflict. As the death toll rises and vital resources thin out, bigotry rears its ugly horns and racial tension ignites. When life-saving drugs run out and hospital morgues turn into mass graves, Dr. Jamal Jackson hatches a contentious plan: unleash a beast to kill another beast—extinguish the plague with a genetic anomaly that he, ironically, had long since vowed to purge from the face of the earth. Then it occurs to him. The very race that history had once condemned could very well be the most resilient of all—and the very gene that he had so reviled could be the very cure that could save all.

Based on contemporary science and historical accounts, The Final Race explores the complex interconnections between race and racism, sickle cell disease, malaria, and climate change.

Inspired by true events, the novel sharply echoes:
The roots of white supremacy
The tragedy of African slavery
The ravages of sickle cell disease–a racial affliction
The curse of malaria and the paradox of the sickle gene
The perils of climate change and global spread of disease
The irony of segregation in light of human evolution

The first book to weave together such an ensemble of incisive issues, The Final Race serves as an educational resource for everyone in the national and international stage.

Infused with real-life human drama and deeply imbued with several pieces of American history, from Abraham Lincoln to Martin Luther King, Jr. to Barack Obama, The Final Race offers a different vantage point that hopes to inspire readers to better understand the world that we live in and the fact that every person, regardless of race or creed, is so much more than the color of his or her skin. Peace on earth.