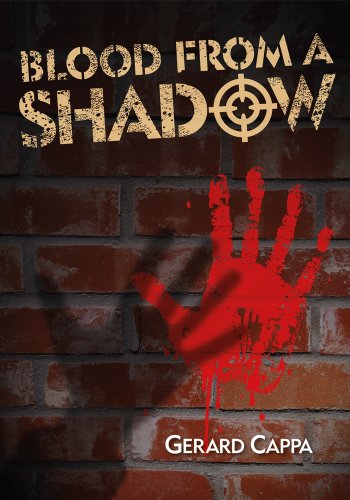 4.6 stars – 10 Reviews
Kindle Price: $2.99
Or currently FREE for Amazon Prime Members Via the Kindle Lending Library
Text-to-Speech and Lending: Enabled
Don’t have a Kindle? Get yours here.
Here’s the set-up:
10% OF ALL BOOK PROFITS ARE DONATED TO THE SIXTY-NINTH REGIMENT HISTORICAL TRUST

2012. War weary Americans hail the endgame in Iraq and Afghanistan.
But the old enemy, Iran, is more dangerous than ever.
So the war on terror continues, but it must be kept in the shadows now. The Presidential machines cannot allow a mistake, there is an election to be won.

Con Maknazpy is weary too, still searching for his own peace. A hero in his native New York’s famous 69th Regiment, he just wants to retreat into the shadows of the streets he knows so well.

But Maknazpy is no ordinary man, he has been anointed with destiny. It’s in his blood and in the shadows of his soul. And the ghosts of the past and the future mark out that destiny, in blood. Blood that takes him to Ireland, Rome and Istanbul before he finds his own truth in the shadows of his Yonkers childhood and among the gravestones of the Fredericksburg Battlefield on the 150th anniversary of the Irish Brigade’s slaughter at Marye’s Heights.

Maknazpy’s destiny is to be a savior, but can he save himself?

Think Jim Thompson, James M Cain, Chester Himes and Eric Ambler. Reality is warped by confusion and lies, and the hero is always the last to know.

“Red herrings abound, and false leads. The Turkish sections become very intricate, so the busy plot demands patience amidst the threats and mayhem, as in the midst of rapid movements and conversations with which I sought to keep up. Similarly, its New York scenes turn as energetically as a quickly edited sequence from a film such as ‘The Bourne Identity’.” – Review from Fionnchú, Los Angeles, Amazon Top 500 Reviewer

“Whether it’s through this literary subtext or whether it’s through the strengths in the writing itself, Blood From A Shadow does have an indefinable quality and true originality, finding a way to delve into a particularly Irish sensibility that has deep historical and mythological roots in its connection with the United States, and it places an unusual spin on a conventional genre that at times gives it an almost otherworldly quality.” – Review from Keris Nine, Amazon Top 500 Reviewer