And for the next week all of these great reading choices are brought to you by our brand new Thriller of the Week, Noel Hynd’s Truman’s Spy: A Cold War Spy Story. Please check it out! 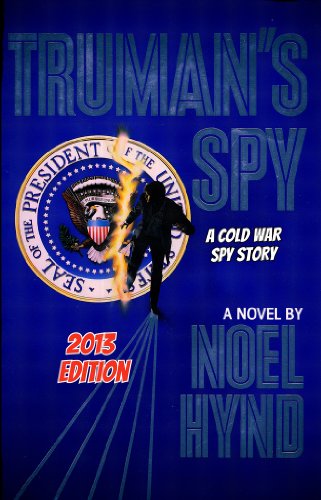 Kindle Price: $3.79
Text-to-Speech and Lending: Enabled
Don’t have a Kindle? Get yours here.
Here’s the set-up:

It is early 1950, the midpoint of the Twentieth Century.

Joe McCarthy is cranking up his demagoguery and Joseph Stalin had intensified the cold war. In Washington, J. Edgar Hoover’s FBI is fighting a turf war with the newly founded Central Intelligence Agency. Harry Truman is in the White House, trying to keep a lid on domestic and foreign politics, but the crises never stop. It should be a time of peace and prosperity in America, but it is anything but.

FBI agent Thomas Buchanan is assigned to investigate the father of a former fiancée, Ann Garrett, who dumped Buchanan while he was away to World War Two. And suddenly Buchanan finds himself on a worldwide search for both an active Soviet spy and the only woman he ever loved. In the process, he crosses paths with Hoover, Truman, Soviet moles and assassins, an opium kingpin from China, and a brigade of lowlife from the American film community.

Truman’s Spy is a classic cold war story of espionage and betrayal, love and regret, patriots and traitors. This is the revised and updated 2013 edition of Noel Hynd’s follow-up to Flowers From Berlin. The story is big, a sprawling intricate tale of espionage, from post-war Rome and Moscow to New York, Philadelphia and Hollywood, filled with the characters, mores and attitudes of the day. And at its heart: the most crucial military secret of the decade.

“A notch above the Ludums and Clancys of the world…..” – Booklist

About The Author
Noel Hynd is an American author who has more than five million books in print. Most of his books have been in the action-espionage-suspense genre (Flowers From Berlin, Murder in Miami, Hostage in Havana, Conspiracy in Kiev, Midnight in Madrid, Countdown in Cairo, The Enemy Within) but others (Ghosts, The Prodigy, A Room For The Dead and Cemetery of Angels) were highly acclaimed ghost stories. He currently has a multi-book publishing contract with Zondervan/HarperCollins.

He is also a former contributor to Sports Illustrated and several other national magazines. His 1988 non-fiction book, The Giants of The Polo Grounds, was an Editor’s Choice of The New York TIMES Review of Books in 1988. He has also written several produced screenplays.
Mr. Hynd was born in New York City, is a graduate of the University of Pennsylavnia, and lives in southern California between Los Angeles and San Diego with his wife Patricia.
Current projects also include translations and adaptations (from French and Spanish) of several best selling comics and graphic novels from distinguished authors and illustrators in from Europe and South America. Included are ‘Djinn’ by Jean Dufaux (Belgium) and Ana Miralles (Spain) and ‘Meutres et Chatiments’ by Carlos Nine (Argentina).

The Kindle editions of Midnight in Madrid and Conspiracy in Kiev were simultaneously numbers 1 and 2 among all books on Amazon’s Kindle Best Seller lists in December 2009.
Several dozen foreign editions of his books have been published over the years. Readers are welcomed to reach Mr. Hynd at NH1212f@yahoo.com.