author of THE HANGMAN’S REPLACEMENT 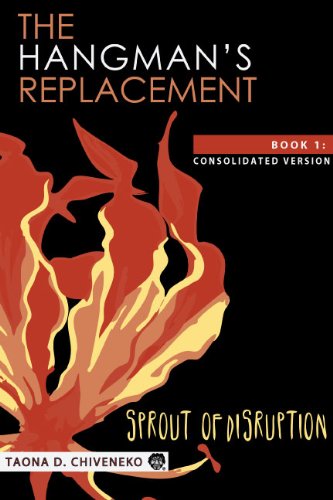 If you had to interview the candidates for a country’s new hangman, what questions would you ask them? If your family was on the verge of starvation, and becoming a hangman was the only job available, would you apply? If you were hired, what would you do if the prisoners looked like your loved ones? But what if you knew that a good man was pursuing the job out of desperation, would you do anything to prevent him from getting it? And if that man’s recruitment would somehow guarantee your own survival, would you encourage his candidacy? All these questions were asked of people who never thought they would find themselves in such a position, until they became mired in the chaos surrounding the hangman’s replacement.

Zimbabwe’s last hangman retired in 2004. As the nation drifted towards abolition, no determined effort was made to find a replacement. However, the discovery of carnivorous flame lilies at the Great Zimbabwe national monument triggered a spirited search for a new executioner. Those who know why this discovery energized the recruitment effort refused to talk.

The frantic attempts to find a new hangman were impeded by the lack of suitable candidates. Well-placed sources confirmed that the fear of ngozi was a deterrent. According to this traditional belief, the spirit of a murdered person torments the killer and his family for generations. This is only half the story. Several promising applicants did come forward. None met the minimum requirements for the job. The selection criteria were designed to exclude the mentally ill, the vindictive, and the sadistic. However, they did not rule out the desperate.

This is the story of the aspiring hangman who was obsessed with securing the job; the sympathizers who fought to protect him from his prize; and the anxious men who believed that emptying death row would end their horror before the meat-eating plants constricted around their necks.

› Visit Amazon’s Taona Dumisani Chiveneko Page
Taona Dumisani Chiveneko is the author of ‘The Hangman’s Replacement’ series. The Zimbabwean citizen was born either between the Zambezi and the Limpopo rivers, or along the road which runs from Mutare to Hwange. Mr. Chiveneko has refused to confirm which option is true. He is also equally circumspect about his age, which he has pegged at: ‘More than ten, but less than a hundred-years-old.’Mr. Chiveneko is widely regarded as the most anti-social African author. He is rumoured to have based the Luxon Hurudza character on himself. Even as a child, Mr. Chiveneko was not personable. The boy ignored anyone who tried to start a conversation with him. This behaviour won him the nickname, ‘Hombarume’, the Shona word for ‘hunter’. According to the village elder who gave him the name, the young Taona was destined to spend his entire life hunting for a sense of social etiquette. The elder’s prediction turned out to be wrong. The boy never embarked on the quest at all. As a recluse, he spent his life hunting for something else: solitude.Mr. Chiveneko is rumoured to live in a remote location with a hypertensive pangolin, three shrews, and a termite colony (enclosed in a large glass tank). He is also the half-proud owner of two cats. Apparently, he only loves one of them, but is compelled to keep them both. The creatures are inseparable companions.

In fact, when Mr. Chiveneko sold the cat he did not like, the remaining one went on a three day hunger strike. Eventually, Mr. Chiveneko was forced to buy back the tubby feline for thrice the price he had sold it. As a miser, this incident was highly traumatic for him. This unusual sacrifice for another living creature reflects a tender side of this enigmatic writer. Nevertheless, that part of the man is very small indeed.

During the only interview he has ever granted, Mr. Chiveneko confessed that his childhood dream was to become a taxidermist. However, this ambition was shattered when he realized that taxidermy had nothing to do with replacing the bodywork of taxi cabs. In grief, he bought a diary and vented his sorrow on its pages with a feather quill. The experience was refreshing. Through tragedy, he found his calling. The rest is history. To this day, he still writes with feather quills that he picks up along a popular flight path of migrating geese.

There are only two pictures of Mr. Chiveneko in existence. Neither image portrays his features clearly. In the first, he wears a thick scarf to hide a recurring case of mumps. He is also wearing an ill-fitting hat that he bought at a second-hand store thirty-two years ago.

The second image is a drawing of the author’s alter-ego. The picture depicts the mournful face of an unnamed man with thick dreadlocks. When asked whether this face was a self-portrait, Mr. Chiveneko said it was not. The face came to him during a dream in his youth. For reasons he cannot explain, he felt a strong and instinctive bond with it. ‘I felt like it was an alternative expression of me.

Mr. Chiveneko only communicates with the wider world through his long suffering lawyer and staff. Any demonstration of courtesy expressed in his novels, (including the acknowledgements), are the work of his tireless representatives. Any questions about the author and his novels should be sent to: author@chiveneko.com for processing by Chiveneko Publishing staff, which also manages his social media profiles. No hate mail please. It only emboldens the author. However, words of consolation and support for his poor employees are welcome.