Kindle Daily Deals For Tuesday, Apr. 30 – New Bestsellers All Priced at $1.99 or Less! plus Angela White’s The Survivors: Book One (Life After War) – Free Today!

The Survivors: Book One (Life After War) 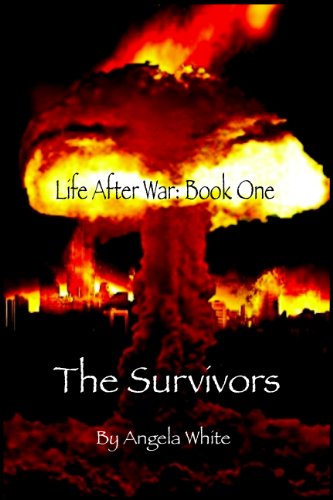 212 Rave Reviews
Kindle Price: FREE!
Text-to-Speech and Lending: Enabled
Don’t have a Kindle? Get yours here.
Here’s the set-up:

“This is Safe Haven Refugee Camp. Can anyone hear me? Hello? Is anyone out there?”

“The End of the world has given us a harsh, merciless existence, where nature tries hard to push mankind to the very brink of extinction. Everything is against us, between us…

“Untold miles of lawless, apocalyptic roads wait for our feet, and the Future, cold and dark, offers little comfort. Without CHANGE, there will be no peace. Only Survivors.”

“Set along the lines of The Stand and The Postman, this is a chilling vision of the collapse of all society in the year 2012 and the rebirth of a nation by those who survived. It’s so much more than just another fantasy series.”  -The Review Shop

From dangerous trips into dark, apocalyptic cities, to patriotic rescues and furious revelations, Life After War is an action packed fantasy series where those left alive must come to terms with their mistakes in the old world, while fighting for a place in the new one. It’s the apocalyptic fantasy series that Stephen King fans have been searching for. This way, please…

Summary in 20 words or less
An action adventure quest, with a supernatural romance, and many other subplots, set during the aftermath of the apocalypse.

So what’s really in this series? Here’s a short list:

*The End of the World, right-up-close and full of apocalyptic horror.
*A government conspiracy that caused the apocalypse.
*An adventure into the wastelands to find family, supplies, and safety.
*A supernatural romance with a dangerous secret about a child’s parentage and a love strong enough to survive the end of the world.
*An invasion, ambushes, attacks from Nature and man – guns and magic.
*A refugee camp with very different laws, picking up those who’ve survived.
*A Hero you’ll love, even as you ponder the secrets that could lose him leadership.
*A Witch, a Doctor, a government Storm Tracker, a TV Star, and three Marines struggling to keep their people alive and together as they prepare to defend themselves against Cesar’s Slavers.
*A constant battle for survival that includes deadly trips into decaying American cities, insanity, relics of the past, and ghosts that stalk their every move.

Life After War. Magic and Reality blended into a post-apocalyptic fantasy series that you won’t ever forget.