T.G.I.F! Kindle Daily Deals For Friday, May 31 – New Bestsellers All at Bargain Prices! plus Aurelia’s Sci-Fi The Journeys of John and Julia: Genesis (Book 1)

But first, a word from …Today’s Sponsor

The Journeys of John and Julia: Genesis (Book 1) 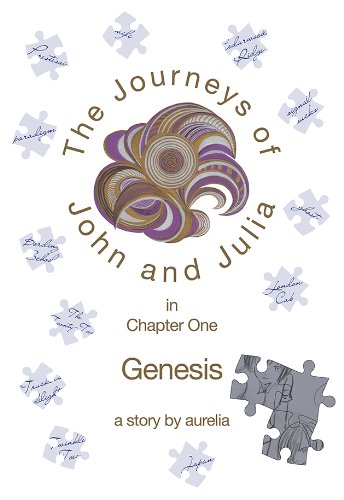 12 Rave Reviews
Kindle Price: 99 cents
On Sale For A Limited Time Only!
Text-to-Speech and Lending: Enabled
Don’t have a Kindle? Get yours here.
Here’s the set-up:

1 cheerleader who’s dealing with her parents’ divorce + 1 geek who’s a lot cuter than he should be + 23 magical beings + 1 scary bad guy = what Tim Kring, creator of TV’s Heroes and Touch, calls a “cool new series.”

In this first book of a series about magic, friendship, and adventure, a seemingly mismatched pair of teens crack open the door to another reality.

Meet Julia Livingston-Banes: Her dad’s taken off to start a new family, and now her mom’s decided to ruin her summer, too. Instead of cheerleader camp, Julia’s packed off to her grandmother’s in the nowhere town of Cedarwood Ridge. There she finds that her usual ice-queen act won’t cut it with her childhood friend John Freeman, who’s a lot cuter than Julia remembers and not half the geek she thought he was. Definitely a romance in the making, if it weren’t for the visitations from her grandfather’s ghost and John’s infuriatingly open response to such phenomena. Plus, a group of magical beings called The Twenty-Two are secretly watching over John and Julia and making big summer plans of their own. Including John and Julia’s future role in saving the world from their nemesis to be, a beyond-evil corporate overlord named Niem Vidalgo Oten. Not that Julia would believe any of it. John, however, would find it way cool.
Reviews

“Imagine a life off the grid and all the comforts it offers to a teenager. When John and Julia, the 13-year-old heroes in this cool new series find themselves without signal in ‘backwards’ Cedarwood Ridge, it becomes apparent that they need all their energy to battle unspeakable evil forces while receiving superhero-training by a collective of magical beings. All totally useful stuff, since their and our entire future may be at stake. Anyone who is a fan of ‘Heroes’ will definitely enjoy ‘Genesis.'” —Tim Kring, creator of TV’s Heroes and Touch

“Get ready for the adventure of your life. This masterful debut novel will have you turning pages long into the night and contemplating them well after the story ends. Or shall I say begins? For The Journeys of John and Julia: Genesis is but the first installment of what promises to be a brilliant series. The author weaves a shimmering tapestry with words, populates it with unforgettable characters, and ushers us into a world that is by turns magical, frightening, and ultimately empowering.” —Laurie Viera Rigler, author of Rude Awakenings of a Jane Austen Addict