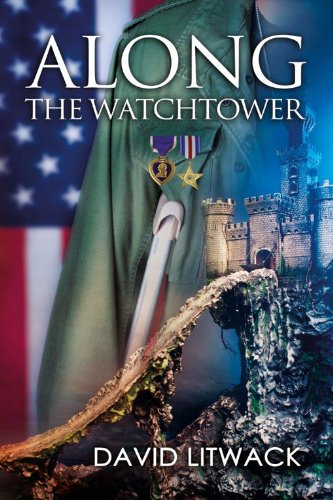 5.0 stars – 3 Reviews
Kindle Price: $4.99
Text-to-Speech: Enabled
Don’t have a Kindle? Get yours here.
Here’s the set-up:
A Tragic Warrior Lost in Two Worlds…
The war in Iraq ended for Lieutenant Freddie Williams when an IED explosion left his mind and body shattered. Once he was a skilled gamer and expert in virtual warfare.  Now he’s a broken warrior, emerging from a medically induced coma to discover he’s inhabiting two separate realities.  The first is his waking world of pain, family trials, and remorse–and slow rehabilitation through the tender care of Becky, his physical therapist. The second is a dark fantasy realm of quests, demons, and magic that Freddie enters when he sleeps.
In his dreams he is Frederick, Prince of Stormwind, who must make sense of his horrific visions in order to save his embattled kingdom from the monstrous Horde.  His only solace awaits him in the royal gardens, where the gentle words of the beautiful gardener, Rebecca, calm the storms in his soul. While in the conscious world, the severely wounded vet faces a strangely similar and equally perilous mission–a journey along a dark road haunted by demons of guilt and memory–and letting patient, loving Becky into his damaged and shuttered heart may be his only way back from Hell.
Reviews

“This is a great read and the author’s skill in building both worlds with gifted imagery becomes apparent as the story draws the reader in . . . Highly recommended.” Fiona Ingram for Readers Favorite

Anyone who has known someone who served in the armed forces should read this book. You should see what our wounded warriors go through to recover.” Kathryn Bennet for Readers Favorite

“Along the Watchtower  . . . is a mix of magic and the harsh reality of a world in which we wish there was magic…a wonderful story in a beautiful writing style that catches your attention and doesn’t let it go without a fight.” – Kim Anisi for Readers Favorite

“Along the Watchtower is a remarkable and timely novel that should appeal to a wide-ranging audience. The parallel stories grab the reader from the introductory paragraphs and keep them enthralled . . . ” – Jack Magnus for Readers Favorite

Watch Book Trailer
About The Author
The urge to write first struck when working on a newsletter at a youth encampment in the woods of northern Maine. It may have been the night when lightning flashed at sunset followed by northern lights rippling after dark. Or maybe it was the newsletter’s editor, a girl with eyes the color of the ocean. But he was inspired to write about the blurry line between reality and the fantastic .

Using two fingers and lots of white-out, he religiously typed five pages a day throughout college and well into his twenties. Then life intervened. He paused to raise two sons and pursue a career, in the process becoming a well-known entrepreneur in the software industry, founding several successful companies. When he found time again to daydream, the urge to write returned.
There Comes a Prophet is his first novel in this new stage of life.
David and his wife split their time between Cape Cod, Florida and anywhere else that catches their fancy. He no longer limits himself to five pages a day and is thankful every keystroke for the invention of the word processor.