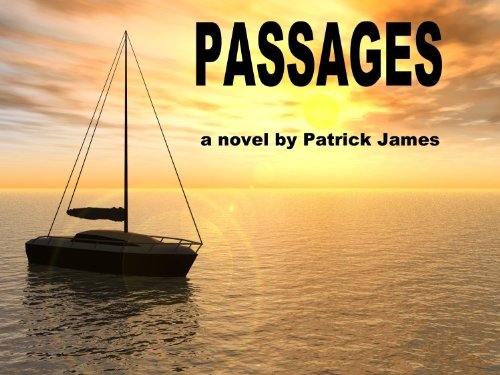 5.0 stars – 3 Reviews
Kindle Price: $2.99
Or currently FREE for Amazon Prime Members Via the Kindle Lending Library
Text-to-Speech and Lending: Enabled
Don’t have a Kindle? Get yours here.
Here’s the set-up:
What would you do if you had the chance to do it all over again?

Everyone has a part of themselves that they stow away from the rest of the world, that secret passageway shared with no one else. It’s the place your mind allows you to wander to while on solitary long walks, or dwell upon during that quiet hour on the train-ride home, when you let go of the façade of your buttoned- down world. It’s often a place where the scenes from your past are replayed with a decidedly different outcome. Fantasy, we’re told, is healthy. The release allows us a guilty pleasure.

So what happens when the line between harmless fantasy and stone cold reality gets crossed? Lives are often defined by pivotal moments, those “firsts and lasts” that we characterize people by. A random event, an innocent encounter, can alter our paths in unimaginable ways.

Passages is a novel that explores the complexities of absolute trust.When Jack Kiernan receives a facebook request from an old love, he unwittingly sets in motion the biggest challenge of his adult life; and pushes the boundaries of a twenty- year “near perfect” marriage beyond anything he could have imagined.

He is a man with a strong moral compass, and a keen sense of fairness, who sees right and wrong in very concrete terms, traits that long ago endeared him to his wife. Abby Kiernan knew her husband, she thought, because their secrets had all been laid bare. Her faith in their marriage, in her husband, is unshakable-until a dying woman forces them all to reexamine their lives.

“I trust you.” Such a simple concept, until it bears testing. The Kiernan’s are rock solid, a successful pair with Jack a partner in a family operated development firm in NYC and Abby, a corporate executive balancing work and family. They are the loving couple others strive to emulate, who finish one another’s sentences, until the randomness of a single event turns their lives upside down.

Which begs the question… how well do you really know your spouse?
5-Star Amazon Reviews
“Look out Pat Conroy, there’s a new author in town! Passages is a great story about the coming of age. Posses thought provoking questions. Loved the various locations – Mr. James brought them to life. Can’t wait until there is a new offering. Soon, I hope!”
“WOW. What a wonderful book. Makes you really think about what you would do in the situations this author brings forth. Life with all it’s complications. This is a great novel. Read this & think what YOU would do in the same situations. Cannot wait to read more by this author.”
About The Author
Born in the Bronx and raised within a colorful and loving Irish Catholic family, Patrick James learned early on the importance of a good story. Well told, it could invoke laughter, comfort a troubled soul and perhaps even inspire an act of courage. It also, on occasion, proved to be an invaluable asset, should the rent money need to be delayed a week or two.

Growing up, he came to see storytelling as far more than simple entertainment. It was a powerful outlet, a means to unveil a voice not otherwise heard. Intensely interested in what makes people tick, writing became his gateway, a release that spurned a life-long love affair with the written word.

Segue several decades later. Patrick, now a reluctant management consultant, along with his wife, a teacher, is busy raising a family on the outskirts of Manhattan. It’s 2008 and consulting money and life in general, is good. Until it’s not.

By early 2009, the financial markets lay in ruins and none of his client’s managers answer the phone. Lost to the same tsunami, they can’t. Two years of unemployment and thousands of resumes later, he puts down the phone, closes out his Monster account and accepts the inevitable. No one is coming to save him.

He thinks about his very first job, rinsing beer glasses at his uncle’s bar on the Grand Concourse. He’s worked every year of his life since then, doing every job imaginable through college and the early years, until landing that first big management gig.

Great adversity trumps pride. He realizes that life guarantees you absolutely nothing. With only the luck of the Irish to bolster his resolve (and the love of an exceptionally fine woman)- he learns to drive a delivery truck. And the words begin to flow. Not so much a reinvention, but a homecoming. The storyteller returned.

Patrick James is currently the author of two novels, the family saga “Promises Kept,” and his current release “Passages,” a contemporary look at trust and marriage.
(This is a sponsored post.)