Jesse James and the Secret Legend of Captain Coytus 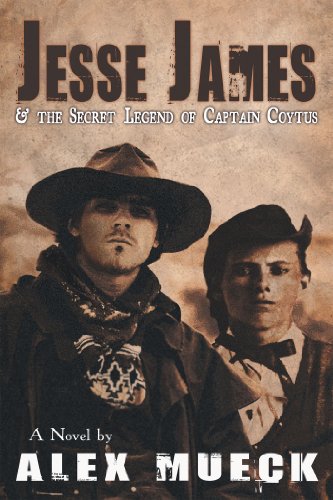 When a Harvard history professor receives a thesis paper titled Jesse James and the Secret Legend of Captain Coytus, from Ulysses Hercules Baxter—an underwhelming student—he assumes the paper must be a prank. He has never read such maniacal balderdash in his life. But after he calls a meeting with the student, Professor Gladstone is dismayed when Baxter declares the work is his own. As he takes a very unwilling Professor Gladstone back in time via his thesis, Baxter’s grade hangs in the balance as he attempts to prove his theory.

It is 1864 as philanderer and crusader Captain Coytus embarks on a mission to avenge his father’s death and infiltrates the Confederate Bushwacker posse looking for the man responsible, Jesse Woodson James. Accompanied by the woman of his dreams, Coytus soon finds himself temporarily appointed to be the sheriff of Booneville and commissions his less-than-loyal deputy to help him carry out his plan.

But when tragedy strikes, the Captain is forced to change his immature ways and redefine his lofty mission—more or less.

Reviews
“A historical fiction comedy that packs  as much heart as humor.”  —Michael Dadich, award-winning author of The Silver Sphere
“The author’s talent is beyond proficient; he creates with vigor and fresh plotting. It was a joy reading this comic historical epic. I don’t think you’ll have any problem diving in and loving the ride.” – Rebecca’s Reads – 5 out of 5 stars
Visit Alex Mueck’s Amazon Author Page
And here, in the comfort of your own browser, is your free sample of Jesse James and the Secret Legend of Captain Coytus by Alex Mueck:

What if you awakened one morning with the ability to stop school shootings like the horrific Sandy Hook tragedy?
When His Dreams Take Flight
A story of struggle, dreams, death, and redemption by Andy Holloman