Melding sci-fi, fantasy and mythology, this wonderfully imaginative series is gaining fans of all ages…
Divided Against Yourselves by Bill Hiatt – 67% off everyday price!

Divided Against Yourselves (Spell Weaver Book 2) 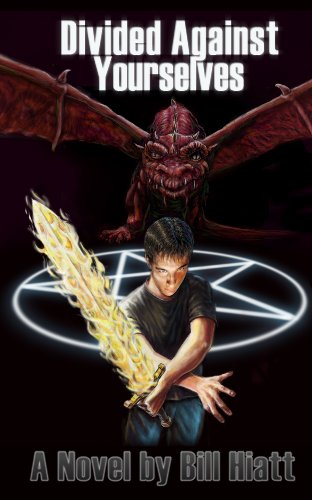 Taliesin Weaver thought that he had saved himself and his friends when he defeated the witch Ceridwen. He was wrong.

He always thought of evil as embodied in external threats that he could overcome in combat. Soon he will discover that the worst evil has been inside of him all along….

Tal’s girlfriend is in a coma for which he holds himself responsible. A close friend, suffering from a past-life memory trauma similar to Tal’s, is getting worse, not better. Morgan Le Fay is still lurking around and has an agenda Tal can’t figure out. Supernatural interruptions in his life are becoming more frequent, not less so, despite his expectations. In fact, Tal learns that something about his unique nature amplifies otherworldly forces in ways he never imagined were possible, ways that place at risk everyone close to him.

Tal and his allies must face everything from dead armies to dragons. As soon as they overcome one menace, another one is waiting for them. More people are depending on Tal than ever; he carries burdens few adults could face, let alone a sixteen-year-old like himself. Yet somehow Tal at first manages to handle everything the universe throws at him.

What Tal can’t handle is the discovery that a best friend, almost a brother, betrayed him, damaging Tal’s life beyond repair. For the first time, Tal feels a darkness within him, a darkness which he can only barely control…assuming he wants to. He’s no longer sure. Maybe there is something to be said for revenge, and even more to be said for taking what he wants. After all, he has the power…

Can Tal stop himself before he destroys everyone he has sworn he will protect?

“An action-packed tale of reincarnated Arthurian characters living as teenagers…Despite all the action and the superhuman characters, the story never loses sight of the human element…Readers need not have tackled the first book to follow the storyline here, though there’s no reason to forgo the pleasure, as the series seems to be living up to its early promise. A top-notch mix of action, adventure and romance with a generous helping of literary allusion.” Kirkus Reviews

“Divided against Yourselves is a young adult fantasy about the reincarnation of Taliesin the Bard and his battle against the nefarious Morgan Le Fay. The book is full of action and adventure that is sure to entertain. More importantly, it offers a unique exploration of the process young people go through as they try to determine who they are and who they want to become…The author’s understanding of young adults allows the novel to go beyond mere entertainment as it teaches an important life lesson that makes the story very worthwhile.” Catherine Thureson, Foreword Clarion Reviews

Bill Hiatt has been teaching English at Beverly Hills High School since 1981. Although teaching has been and remains his first love, he has also been drawn to creative writing of various sorts. From high school on, he wrote short stories, a little poetry, and an earlier novel, finished in 1982. Living With Your Past Selves, Book I of his acclaimed Spell Weaver series, was his first published work, followed by Book 2, Divided Against Yourselves.

Bill’s ancestors came from a wide variety of European backgrounds, with Celtic groups (Irish, Scottish, Breton, and, as you might guess from this novel, Welsh) being the most well represented. He is a third-generation Californian who grew up and still lives in Culver City, CA.