The perfect book for Halloween… and trust us, it’s not for the faint of heart.
Dark, twisted and totally taboo: Daemon Seer (The Daemon World) by Mary Maddox 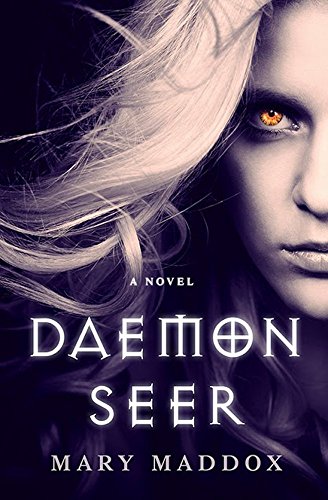 Enter for a chance to win the PROFESSOR OF DEATH prize pack including autographed copies of TALION and DAEMON SEER!

Conrad (Rad) Sanders is an English professor at a small Midwestern university and a serial killer with nine kills to his credit. Then he targets 15-year-old Lisa and her friend Lu . . .

Read about the Professor and his work in TALION and DAEMON SEER.

Enter the drawing for the PROFESSOR OF DEATH prize pack today!

By entering the contest, you agree to receive occasional newsletters from Mary Maddox. If you don’t enjoy them, you may unsubscribe at any time.

As a teenager, Lu Darlington attracted national attention when she and her friend Lisa escaped a sadistic killer known as the Professor of Death. She never told anyone about the daemon who saved her life that day.

Ten years later, Lisa shows up at Lu’s door, fleeing another psychopath stalker. But Lisa’s not the only one seeking Lu after all this time. One by one, the daemons descend:

Chama wants Lu, but Talion claims her. The women of Lu’s family have always belonged to Talion—and they’ve suffered deeply for it.

As the human threat draws closer, Talion demands that Lu bind herself to him in a harrowing ceremony that will destroy an innocent man and change her forever—but might save Lisa’s life.

Can she navigate the violent intrigues of the daemon world without being consumed by its terrible, all-consuming demands?

Reviews:
“Daemon Seer is terrifyingly brilliant — dark twisted and totally taboo. Maddox’s take on possession and free will is terrifying and uncomfortably hot.” — Pavarti K. Tyler, author of White Chalk
“Intense and not for the faint of heart, the author’s eye for gritty detail sets her bold dark fantasy confidently in our world. Killer.”    — Robert Chazz Chute, author ofThis Plague of Days