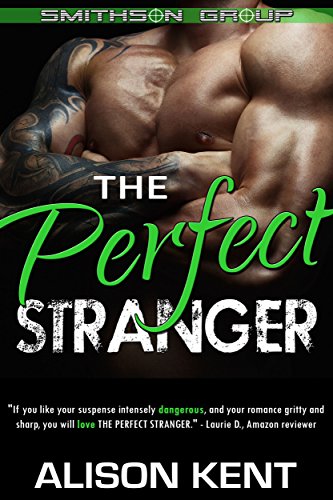 “If you like your suspense intensely dangerous, and your romance gritty and sharp, you will love THE PERFECT STRANGER.” – Laurie D.

“As always Ms. Kent has penned another great SG-5 thriller that will engage the reader from the first word.” – Kristi A.

“Since I’m a recovering mystery/detective/espionage reader, I enjoy the merging of the romance and military/thriller angle…” Sleepless in CS

He’s coerced into flying her cargo out of the jungle… until he learns what it is.

J. Jackson Briggs’s Smithson Group gig wasn’t supposed to be dangerous, but the woman who drugs him then knocks him out, then drugs him again certainly is. She also may or may not be a nun. She’s definitely a lying, scheming, lethally gorgeous… American. Jack’s not buying the story Jillian Endicott gives him about her noble cause in the sweltering wilds of San Torisco, but he knows one thing: he’ll get the truth—and plenty more—from her, one way or another.

Being an Endicott of the Boston Endicotts taught Jillian plenty about the haves vs. the have-nots and made it easy to choose sides. But there’s nothing easy about her mission in San Torisco, and things only get harder when Jack Briggs is thrown into the mix. Six-foot-three of big Texas mouth and big… other things.

Jack’s pegged her as a bored little rich girl. He can think what he wants, as long as he does what she wants. Jack pushes her buttons from the get-go—and the closer he gets to pushing her over the edge, the more she wants him to. Now under the velvet cover of jungle nights, two rebels with a cause are going deep—and falling hard—for the perfect stranger.