Thomas Rasmussen had everything to live for. Why would he drive to a park at six-thirty on a dark, rainy morning and put a .357 Magnum to his head and pull the trigger?
One thing is certain – that’s surely No Way to Die.
No Way to Die (Danny Logan Mystery #2) by M.D. Grayson 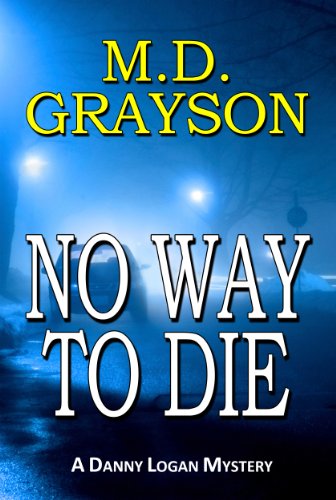 Seattle mathematician Thomas Rasmussen had everything to live for. He had a beautiful, loving wife and two great kids. He was well known and respected in his field. His startup company Applied Cryptographic Solutions recently finished building a revolutionary decryption device called The Starfire Protocol that was already attracting offers in the millions.

With all that going for him, why would Thomas drive to Discovery Park at six-thirty on a dark, rainy morning, put a .357 Magnum to his head and pull the trigger? The police say the evidence is conclusive—it was definitely a suicide. But that made no sense to his wife, Katherine. So she did what people in Seattle do when they need help on matters such as these. She turned to Danny Logan and the Logan Private Investigation Agency.

Logan, along with his associates Antoinette “Toni” Blair, Kenny Hale and Joaquin “Doc” Kiahtel roll into action, determined to find out what really happened. Did Thomas die by his own hand? Or was he murdered? Either way: why? The answer to these questions would lead the team through a trail full of lies, conflicting evidence, and extreme danger. But one thing was certain: alone—in a car—in a dark parking lot—in the rain—that’s surely No Way to Die.

“This was my first M.D Grayson novel, but won’t be my last! I enjoyed the twists and turns in the story as it kept me on my toes anticipating how it would conclude. Enjoyable characters that I will look forward to following in the sequels. Great read.“ 5 star Amazon review