Free Book Alert for New Year’s Eve! Ring in the New Year with Kindle titles that won’t cost you a cent! 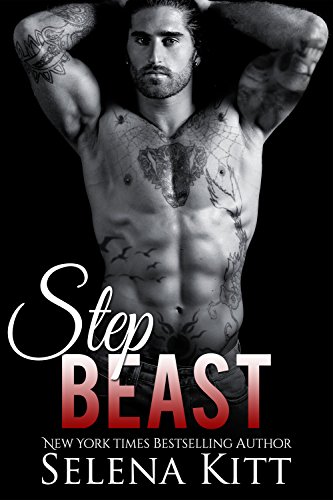 4.4 stars – 547 reviews
Kindle Price: FREE!
Text-to-Speech and Lending: Enabled
Available on Audible
Don’t have a Kindle? Get yours here.
Here’s the set-up:

They call him Beast because he fights like one. Because he’s built like the tanks he rode in Afghanistan.

Beneath Conrad “Beast” Beeston III’s fierce, intense gaze, his brooding temperament, his knuckles scarred from fighting, lurks a wild man, his strong, broad back darkly inked with his own hard truths.

He only has one mode, and “Beast” is it. He ripped through Tilly’s life, tearing it to shreds, and then he was gone, giving a stiff middle finger to a life of entitlement. He left her like he leaves them all—with little more than a broken heart. But for Tilly, there was one more thing.

He left her with an unbearable secret she’s been forced to keep for years.

Tilly’s privileged life, after her recent graduation from Mt. Holyoke, has come to a screeching halt under tragic circumstances. Had she really believed she’d never see her Devil Dog stepbrother again?

Now he’s coming home—and she’s forced to face his cocky smirk and arrogant swagger, to look once again into the eyes of the monster who left her.

Forced to confront him, what she sees is a raw, broken, tortured man who just might be the only person she knows keeping even bigger secrets than she is. 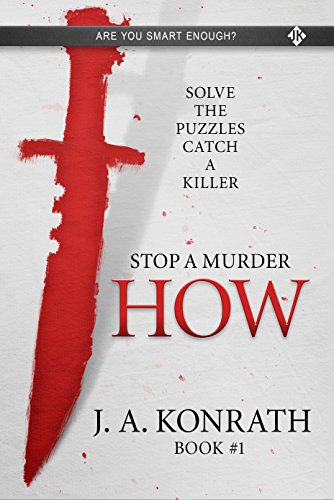 4.8 stars – 8 reviews
Kindle Price: FREE!
Text-to-Speech and Lending: Enabled
Don’t have a Kindle? Get yours here.
Here’s the set-up:
BOOK #1 – HOW: Puzzles 1 – 12This is unlike any mystery or thriller book you’ve ever read before. You play the sleuth, and as the story unfolds you will be tasked with solving puzzles to prevent a murder from happening.In this five-book series, you’ll uncover the mind and motivations of a nefarious killer who is plotting to commit an unspeakable crime.Each book contains an epistolary collection of emails, texts, and letters, delivered to thriller author J.A. Konrath, by a serial killer. This psychopath is sending detailed, cryptic puzzles and brain teasers that lead to clues about who will be murdered, why, when, where, and how.Some of the puzzles are easy to figure out. Others are much more devious.Do you like solving mysteries? Do you enjoy brain teasers or escape-the-room games? Are you good at spotting clues?Only you can stop a murder.Are you smart enough?Are you brave enough?Let the games begin…

HEY DOORMAN: The 5th True Tales of an Uncommon Bouncer in Los Angeles 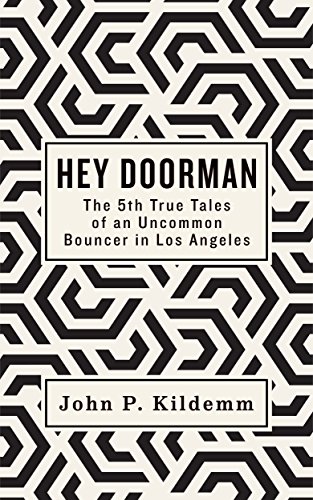 WHAT HAPPENED DURING A DRUNKEN NIGHT WITH HARRISON FORD? HOW DO WE SOLVE SEXUAL MISCONDUCT? The answers are a click away!!! Acclaimed writer, Haji Outlaw, goes under his pen name of John P. Kildemm in the fifth installment of the hit Amazon short-read, Hey Doorman.