The Johns family is unraveling. How far will they fall to save their family?
14 international awards for Owen Thomas’ comical, suspenseful and poignant novel: The Lion Trees 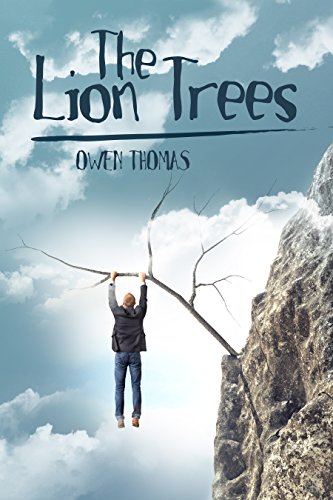 “THE LION TREES” — WINNER OF THE KINDLE BOOK AWARD!

What if survival required you to unlearn who you are? How far would you fall to save yourself? Sometimes happiness is along way down.

The Johns family is unraveling. Hollis, a retired Ohio banker, isolates himself in esoteric hobbies and a dangerous flirtation with a colleague’s daughter. Susan, his wife of forty years, risks everything for a second chance at who she might have been. David, their eldest, thrashes to stay afloat as his teaching career capsizes in a storm of accusations over a missing student and the legacy of Christopher Columbus. While Tilly, the black sheep, trades her literary promise for an improbable career as a starlet, and then struggles to define herself amidst a humiliating scandal and the judgment of an uncompromising writer.

By turns comical, suspenseful and poignant, the Johns family is tumbling toward the discovery that sometimes you have to let go of your identity to find out who you are.

Highly addictive, spectacular, and mind blowing… Thomas is a wizard of fiction. — U.S. Review of Books

A sweeping literary saga in the traditional ‘Dr. Zhivago’, ‘Gone with the Wind’, and ‘The Thorn Birds’, this book has it all… original and stirring… –The Eric Hoffer Book Award

Enjoy Owen Thomas’s Books? Tell us Why and Win a Free Book!
Authors and Publishers: How to Sponsor Kindle Nation Daily