“A financial and legal thriller with rich character development that creates an absolutely compelling stay-up-all-night read.”
Georgia Griffin is an avid paralegal by day and a masterful con artist by night in bestselling author Susan Wolfe’s award-winning novel, ESCAPE VELOCITY

by Susan Wolfe
4.5 stars – 103 reviews
Kindle Price: 99 cents
Everyday Price:
Text-to-Speech and Lending: Enabled
Enjoy Susan Wolfe’s Books? Tell us Why and Win a Free Book!
Don’t have a Kindle? Get yours here.
Here’s the set-up:
**Winner of the 2017 IPPY GOLD MEDAL in suspense/thrillers**

When does the Con Seduce the Artist?

Georgia Griffin has just arrived in Silicon Valley from Piney, Arkansas on very bald tires, having firmly rejected her beloved father’s life as a con artist.  Her father is in jail and a certain minister is hugging her mother for Jesus while eyeing Georgia’s little sister, Katie-Ann.  Georgia desperately needs to keep her new job as paralegal for Lumina Software so she can provide a California haven for her sister before it’s too late.

While she’s still living in her car, Georgia realizes that incompetence and self-dealing have a death grip on her new company.  She decides to adapt her extensive con artist training—just once—to clean up the company. But success is seductive. Soon Georgia is an avid paralegal by day and a masterful con artist by night, using increasingly bold gambits designed to salvage Lumina Software. Then she steps into the shadow of a real crime and must decide: Will she risk her job, the roof over her sister’s head, and perhaps her very soul? 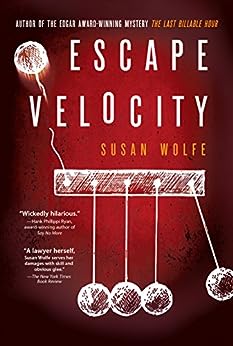