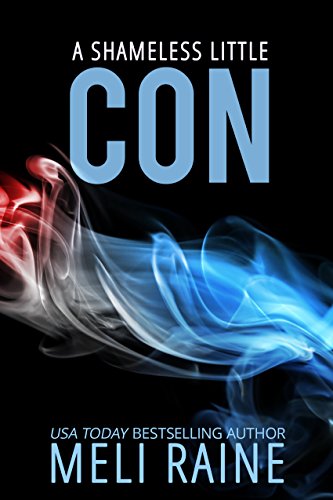 I never betrayed my friend.

Last year, I was kidnapped along with presidential candidate’s daughter Lindsay Bosworth, forced to help her assailants, my mother implicated in one of the biggest political scandals in American history.

I’ve been cleared of any wrongdoing, but that doesn’t matter. Once you’re tried by the media, you’re guilty as sin. The truth doesn’t get the public’s attention.

And everyone assumes you’re tainted.

Now I have my own personal security team, courtesy of the United States government. Not the one you learned about in civics class, though.

I’m being tracked by the deep state. The shadow government. They’ve assigned Silas Gentian to be with me twenty-four seven. He thinks he knows everything about me – all of it bad — and he does.

Like everyone else, he assumes I’m a traitor. A backstabber. A betrayer. Someone who helped a group of violent psychopaths, puppets of powerful men in Washington who made me into a tool.

Yet I see how he looks at me. True desire can’t be faked.

And that goes both ways.

He assumes I’m trying to fool him.

But not for the reasons he thinks.

A Shameless Little Con is the first book in the Shameless trilogy by USA Today bestselling author Meli Raine.

“I was sucked in from the first word and read it straight through to the end.” — Between the Bookends book blog

“I didn’t think that Meli could outdo her Harmless series but I think I may have been wrong.” — Wicked Babe blog reviews

Kindle Fire Giveaway for Saturday, August 25: Subscribe free for your chance to win! And you can help keep the good times rolling by following today’s giveaway sponsor, Michelle Dare, and checking out The Azure Kingdom
If you are looking for a sweet read, you won’t find it here. Cade and Ivy have one heck of a story to tell, so be ready for the ride.
Kathy Coopmans’ dark romance VENGEANCE