A thousand years ago, the sea changed. And the change spread. No one knows why . . . till now. Get New York Times bestselling author Jack Conner’s action-packed The Atomic Sea: Volume One for an epic adventure in a strange world at a sale price!

The Atomic Sea: Volume One 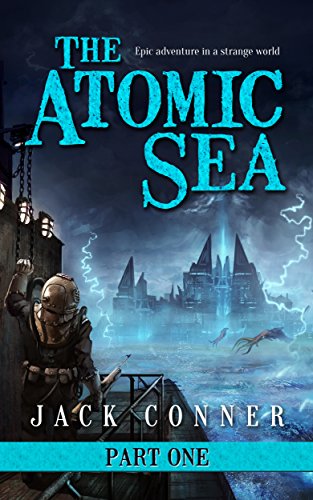 A thousand years ago, the sea changed. And the change spread. No one knows why . . . till now.

Dr. Francis Avery drowns his memories in whiskey. Years after the Empire of Octung killed his family, his only drives are alcohol and striking back against Octung. While aboard a military whaling ship far out on the eerie Atomic Sea, a series of murders forces him to track down the killer.

Along the way, a mysterious woman named Layanna is pulled from the toxic, lightning-wreathed depths of the water. Though it’s impossible, she’s alive, and she has a secret: she’s the only one who can stop Octung. But she’ll need Avery’s help to accomplish her mission. If they fail, the entire world will fall under Octung’s bloodthirsty, murderous shadow. What follows is an epic quest like you’ve never seen before.

What readers are saying – “An excellent venture into a, to my knowledge, wholly unique world. The world surrounding the Atomic Sea comes from somewhere in between sci-fi and fantasy, but carves out a niche unlike anything else I’ve ever read.

The story itself focuses on a heroes journey, but reminded me of Tolkien in that the main character, Dr. Avery, is reluctant and unequipped for what waits . . . The world Avery quests through is populated by dangerous mutants and fantastical creatures.”