The Hunters Are Back, And This Time It’s Personal

The black water swamps hold a terrible secret. A criminal enterprise is spreading its tentacles, leaving blood, bodies, and pain in its path.

>>>A Dangerous Cartel Joins The Fight

An alliance with a Caribbean cartel gives the southern mobsters the international reach they require for expansion and export of their forbidden merchandise. Nothing will stand in their path, except The Hunters.

Teamed together as part of the governor’s Office of Special Investigations, George Mackey, Sharon Price, and Andy Barnes go undercover to break up the crime syndicate. Supported by pilot Johnny Rincefield and rookie sheriff, Jake Beery, the hunt takes them to the black water of the Okefenokee Swamp and a deadly confrontation with an unlikely suspect.

“Reading a Glenn Trust is like opening a newspaper because of the reality of the story. This one deals with the dark world of human trafficking and sex slaves. The characters are fascinating and the plot keeps the reader entertained and mesmerized. This is a great suspense story told by an amazing story teller.” 5 star review

Black Water Murder is an edge-of-your-seat thriller that will keep you turning the pages! 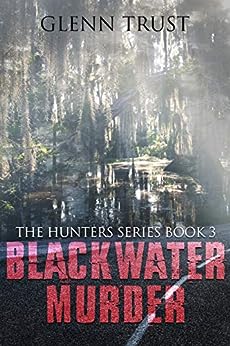 From Amazon’s top 100 bestselling authors comes a 5-star urban fantasy adventure: Feared By Hell by Michael Anderle
Kindle Fire Giveaway for Thursday, January 17: Subscribe free for your chance to win! And you can help keep the good times rolling by following today’s giveaway sponsors, David Belisle, and checking out The Dog Behind Me