The Arrival of Richard III: An Unusual Tale of the King’s Time and Travels (Richard III and his Travels Book 1)

What would you ask for if God owed you a favor? King Richard III chooses to travel to the twenty-first century to repair his reputation. After more than five hundred years of Tudor-inspired propaganda, Richard’s name is in tatters. Reviled for crimes he never committed, he has his work cut out for him. He needs help, and decides his distant cousin Ned York is just the person to assist him.

But mild-mannered Ned has problems of his own. Recently fired from his prestigious law firm due to a mistake by his ex-girlfriend, Ned is trying to figure out what to do with his life. The last thing he needs is some cousin he’s never met, with a wacky story to tell, arriving at his doorstep in Colorado. Nevertheless, Ned finds he is unable to resist Richard’s plea for support and begins an adventure that turns his life even more upside down . . . while discovering Lindsey, the love of his life.

If only Lindsey can get around the fact that she thinks Ned is a little kooky. After all, Ned has now become convinced that Richard is actually the real king come back to life.

The Arrival of Richard III is a romping tale through the centuries, in which medieval and modern man comically clash. 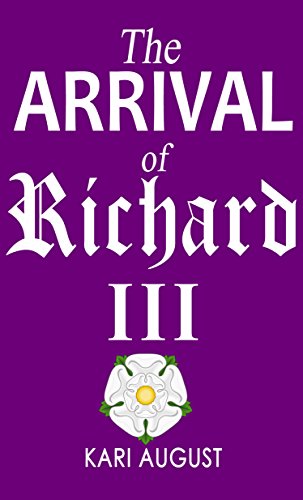 Kari August, The Arrival of Richard III: An Unusual Tale of the King's Time and Travels

If you’re a fan of The Big Easy, you’re in for a treat with this thriller set in the French Quarter & the Garden District.
True Blue Detective by Vito Zuppardo
The earl finds himself wavering between his old life and the lure of an exceptional—and unwilling—woman…
The Earl of Sunderland: Wicked Earls’ Club by Aubrey Wynne