A violent felon unexpectedly set free. An anonymous tip to a newspaper reporter. An ugly scandal that threatens a gubernatorial candidate. Together, they amount to another high-stakes crisis for Jonas Hawke—especially since the newspaper reporter is his son and the violent felon a former client.
With the election drawing close and his son eager to run with a story he can’t verify, it’s up to Jonas to unwrap the mystery, protect his son, and see that justice is done. What he discovers tests his loyalties and thrusts him squarely into the middle of a political campaign.
Hawke’s Discovery, a stand-alone third novel in Mark Willen’s Jonas Hawke series, has everything readers have come to expect—a page-turning plot with true-to-life characters confronting ethical dilemmas that have no easy solutions.

In his third novel, Mark Willen continues to explore how and why characters make the critical decisions that shape their lives. With a controversy that pits individuals’ rights to privacy against the people’s right to know, Willen proves he’s a master of creating compelling circumstances and pushing readers to decide what the characters should do about them. Hawke’s Discovery is outstanding fiction. It kept me guessing and made me think. ~ Sally Whitney, author of Surface and Shadow

Beacon Junction is the kind of place where you can walk everywhere but might not need to go anywhere—until the town becomes the pulsing heart of Vermont—and the site of this page-turner. Willen’s style brings to mind that of Richard Russo. A five-star read! ~ Gary Garth McCann, author of The Man Who Asked to Be Killed

Characters traverse a dense and intriguing morally gray area . . . An unhurried tale that makes its enthralling characters the biggest mystery of all. ~ Kirkus Reviews 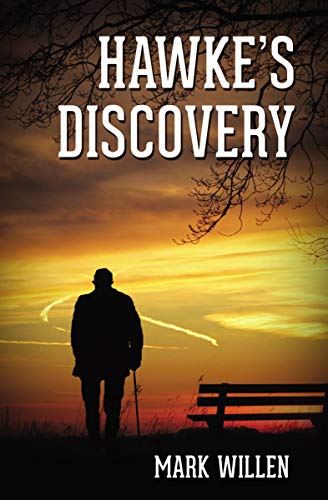 Upon the death of his father, a psychologist is driven to face his own mortality and tries to answer a central question: “Who am I?”
Waking Up Cattywampus: Memoir of a Transplanted Southerner by Steven Powers Chylinski
TODAY’S NEW RELEASE in Office RomCom! From the author of LOVE TO HATE YOU, the hit romantic comedy of 2018: LOVE YOU, LOVE YOU NOT by Jo Watson