By Kindle Nation on September 10, 2019 in Amazon Prime

According to BBC News, Margaret Atwood says thieves made concerted efforts to steal her manuscript for The Testaments, the sequel to The Handmaid’s Tale… Support our news coverage by subscribing to our Kindle Nation Daily Digest. Joining is free right now! 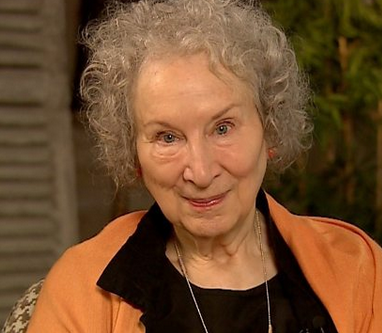 The author and her publisher were targeted by “fake emails” from “cyber criminals”, trying to obtain the unpublished novel, she told the BBC.

She described the attempts as a “phishing exercise” that could have led to blackmail or identity theft.

“It was a commercial venture of a robbery kind,” Atwood said.

“What would they have done with it if they had succeeded? They might have said, ‘We’ve got the manuscript, and we’re putting it up online [unless you] give us your credit card details’. Or they might have said, ‘Read this excerpt and download it. And if you downloaded it, a virus would have stolen your information’.

“Think of how terrible we all would have felt had that happened.”

In the end, the novel was kept out of thieves’ hands and a major operation was put in place to ensure plot details did not leak to the press.

Early review copies were issued under a different title for fear of their being stolen; while judges for the Booker Prize were required to sign a non-disclosure agreement before they could read watermarked manuscripts that were locked in drawers overnight.

It’s here! We’ll leave it to you to decide what it’s worth to be among the first to read it:
The Testaments: The Sequel to The Handmaid’s Tale by Margaret Atwood
When the host of a paranormal reality show is found murdered inside a haunted house, demon hunter Simon Kane is the man to handle the case…
William Massa’s #1 new release THE PARANORMALIST: Servants of the Endless Night