This novel is based on an actual unsolved murder case.

One close-knit family. Too many secrets.

When detective Jack Ryder is going skiing with his family in the mountains of North Carolina, he hopes for a week of fun in the snow with the ones he loves.

But then the body of a teenage boy turns up in the cold waters of the creek behind the cabin they have rented.

The find shocks the rural community of Maggie Valley and rattles local law enforcement. What happened to the boy is more than strange.

Soon more bodies are found, and Jack Ryder digs into the case that seems to be anything but ordinary. What happened on the night that Benjamin Rutherford disappeared from the porch of his childhood home? Is his father — the local pastor — telling the truth? Is his sister?

As Jack digs deeper into this seemingly perfect family, he begins to wonder if any of them are what they pretend to be and what secrets they are hiding beneath the surface.

DON’T TELL is the seventh book in Willow Rose’s bestselling and addictive Jack Ryder series but can be read as a standalone. 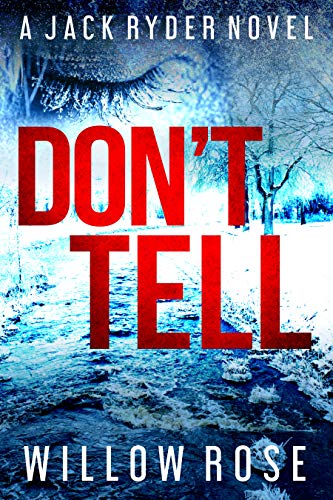 Four friends. Twenty-two bridesmaids’ dresses. One random act of kindness that will change their lives forever. Start your new favorite romance series for FREE! All of Me (The Bridesmaids Club Book 1) by Leeanna Morgan
She has the power to stop time. He just became her reason to restart it…
Don’t miss this unforgettable love story by USA Today best-selling author Tamar Sloan: Daughter of Kronos: Descendants of the Gods 1