By Kindle Nation on September 8, 2019 in Thriller of The Day 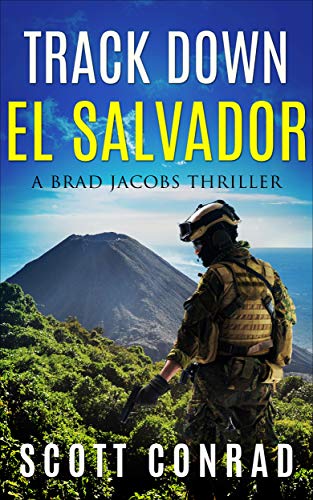 Brad Jacobs has spent his life saving innocents…
But can the staunch protector, turn cold-blooded assassin?

When a sleek limousine pulls up in front of Brad Jacobs’ secret ranch, the retired Marine is left wondering who he’s angered now. Governments, cartels or terrorists; his list of enemies grows longer each day. But as he stares down the tinted windows, the last person he’s expecting to emerge is a Chinese gentleman in a thousand-dollar suit.

The man comes with a mission that’s hard to refuse. Two innocents, daughters of a Chinese businessman, taken by one of the world’s most ruthless criminal masterminds. El Caiman is so violent, even the US government is reluctant to confront him. Each day the girls remain captive, they’re likely subjected to unthinkable horrors—assuming they’re alive at all.

But there’s a hitch. This isn’t only a rescue mission; the Chinese are out for blood, and they won’t take no for an answer. Jacobs might be deadly, but he’s never killed in cold blood; even if this enemy is his vilest opponent yet.

Jacobs’ darkest hours are approaching. But will he choose the light, or succumb to the beast that simmers within?

“Action galore with a twist of the unusual makes the story of Brad Jacobs fighting crew more eventful than before.” 5 star review

What happens when you meet a man you can’t take home to meet your parents?
In the Moment (The Friessens Book 9) by Lorhainne Eckhart is today’s romance pick
Freebies for Sunday, September 8: Four new books for Kindle—Free for a limited time!